Archaeologists located a city dating back more than 500 years 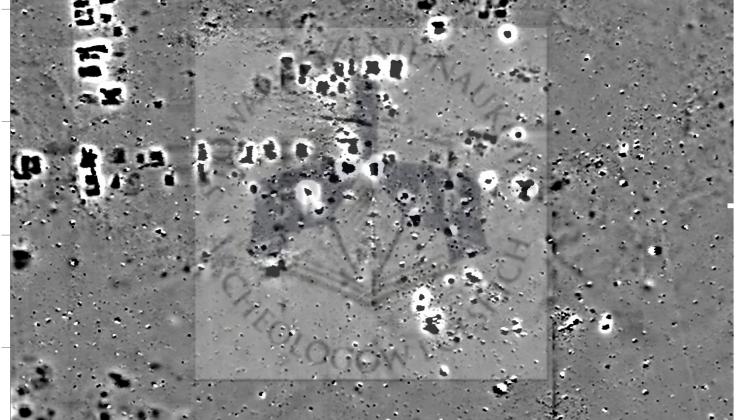 A group of archaeologists from Warsaw located the place of second location of the city Nieszawa near Dybowski Castle in Toruń. The researchers used non-invasive research methods: air prospection and geophysical surveys.

"With surveys, we were able to preliminarily locate the likely range, size and topography of the city, which has not existed for over 550 years" - says project co-ordinator Michał Pisz.

As a result of carried out geophysical surveys, the researchers have obtained a clear outline of the buildings around the square. Furthermore, the anomalies recorded by magnetic measurements correspond to the vegetation highlights captured in aerial photographs taken by Wiesław Stępień.

"Based on the preliminary interpretation of the magnetic measurement results, it can be concluded that the source of anomalies we have recorded are objects made of bricks" - said Piotr Wroniecki, archaeologist involved in the project.

After surveying the central part of the city, the researchers will move to the west and north.

"We want not only to survey the topography of the city itself, but also its immediate surroundings, and achieve possibly faithful reconstruction of the historical landscape from the time of its existence. We will try to determine the range of the objects on the east and west of the city. We will also attempt to reconstruct the old left bank of the Vistula, on which the port part of the city was located"- said Pisz.

After completion of magnetic studies, selected areas will be complemented with resistivity measurements. "Ultimately, the full interpretation will be based on all available data, not just the results of geophysical and air prospecting, but also the results of earlier excavations, available archival and historical maps, historical materials, as well as satellite images" - added Wroniecki.

On September 16, festival will be held in contemporary Nieszawa, where visitors can meet the authors of the project, see the obtained results and ask questions.

"We want to promote this unique site. We are dealing here with a kind of a +time capsule+, a medieval town, which had functioned for only 35 years" - concluded Write.

Studies are being carried out by the Lódź branch of the Scientific Association of Polish Archaeologists under the Ministry of Culture and National Heritage programme Priority 5 "Protection of Archaeological Monuments" coordinated by the National Heritage Board of Poland.

The project falls under the honorary patronage of the Mayor of Nieszawa, Marian Tołodziecki.