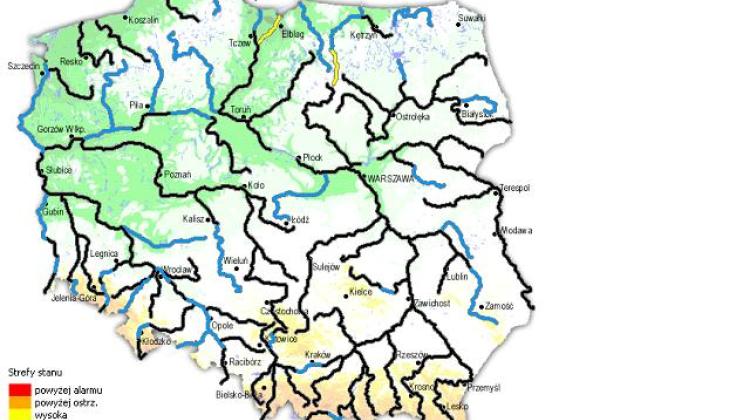 Despite a low level of water in a number of Polish rivers, there are no problems with supplies of drinking water, deputy Environment Minister Stanislaw Gawlowski said at a news conference in Warsaw on Thursday.

"The situation that Warsaw inhabitants have been observing on the Vistula River evokes concerns and questions related to potential drinking water supply shortages," Stanislaw Gawlowski said. "We would like to reassure everyone that Poland has no problems with drinking water supplies and we do not foresee such problems in the coming months," the deputy minister explained.

He said the current drought is a perfectly normal meteorological phenomenon, which occurred on numerous occasions in the past.

The drought on the surface of the earth does not influence underground waters which satisfy some 70 percent of Poland\'s water requirements, according to Leslaw Skrzypczyk, deputy head of the Polish Geological Institute.