Memory plays tricks on you, also when it comes to pain 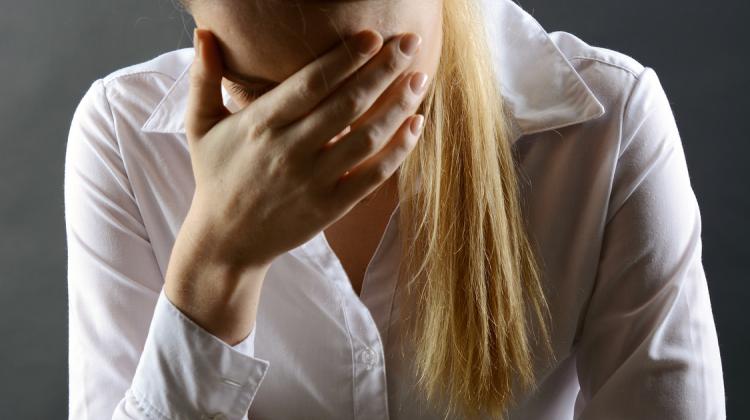 Memory likes to play tricks on us, also when it comes to pain. The pain that feels like a torture first, can be remembered as mild after some time, or quite the opposite - as much stronger. Researchers at the Institute of Psychology of the Jagiellonian University investigate how emotions affect the memory of pain.

Scientists have long concluded that we only remember certain parts of the events we have experienced. Based on them, we create memories. This phenomenon applies to many types of memories, including the way we remember pain.

After some time it may turn out that we remember the pain accompanying the recent visit to the dentist or blood donation as different than it actually was. Whether we remember it as being weaker or stronger than the one felt during the procedure depends on several factors. One of them are the emotions that accompany us during painful experiences.

According to the Institute of Psychology of the Jagiellonian University, researchers have studied more than 60 women who received equally strong pain stimuli in the first stage of the study. Immediately after that they had to determine the perceived level of pain, the level of anxiety and positive and negative emotions that accompanied them. After a month, using the same scale, they assessed how they remember that pain and the accompanying emotions.

When studying the impact of positive moods, scientists used the natural emotions that usually accompany those involved in scientific experiments. According to the author of the study, Dr. Przemysław Bąbel from the Institute of Psychology of the Jagiellonian University, for the subjects it is usually an interesting experience that can be considered an element of self-development; some people also have the feeling that they contribute to the development of science. In addition, they know that even if they experience pain, it is a controlled pain and nothing bad will happen to them.

"It turned out that the positive mood significantly affected the way the pain was remembered. The subjects remembered the pain experienced a month before as weaker, and one of the key factors that influenced that were positive emotions" - explained Dr. Przemyslaw Bąbel.

After a month, the level of anxiety experienced during the experiment was also remembered as lower. The feeling that we were less afraid - together with the positive mood - influenced the memory of pain as a weaker one. The subjects evaluated the level of positive mood the same way as a month before. They assessed the negative emotions that accompanied them during the study as greater.

The results obtained by the scientists from the Jagiellonian University confirm previous assumptions about this phenomenon. Other studies have shown, inter alia, that after some time chronic pain is remembered as stronger and the labour pain is weaker than in reality.

"This tendency is due, among other things, to the positive attitude. Labour pain has a purpose, it brings something positive, it is a harbinger of happiness.,and therefore it can be remembered as a weaker one. A few years ago we have also studied marathon runners. We obtained the same result as in the case of labour pain: it was remembered as weaker. The situation is probably similar in the case, for example, of the pain associated with blood donation" - explained Dr. Przemysław Bąbel.

Previous studies have shown, among other things, that the memory of pain also changes with time that has elapsed since the painful experience. However, the matter is quite complicated. Longer time that has passed since the painful experience does not always mean more distortion of our memories. Some studies show that distortion of pain memory can occur almost immediately - even five minutes after the pain experience. According to other studies, distortions may not occur even after a few years.

"In our other studies, we have shown that after 3 and 6 months, the pain experienced during the experiment is remembered adequately. On the other hand, in the experiment on positive emotions, it turned out that the distortions occur earlier - one month after the study" - explained Dr. Przemysław Bąbel.

The researcher noted that it is worthwhile to investigate this phenomenon, because the memory of pain can have serious consequences for our health. "In many cases it is a decisive factor for repeating the experience or not; it determines whether we come back for a painful but necessary examination or procedure" - emphasised Dr. Bąbel.

The study was published in Pain Management Nursing and funded by the National Science Centre grant.