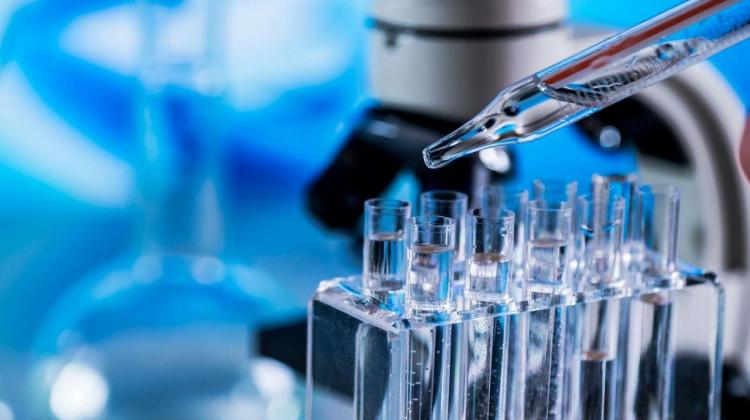 In three years' time, a state-of-the-art center for the design and synthesis of new radiopharmaceuticals will be launched in Świerk. On Monday in Warsaw, the National Centre for Nuclear Research, representing the consortium of six institutions, signed a grant agreement.

"The new centre to be developed in Świerk within framework of the CERAD project will be conducting research on radiopharmaceuticals and will commercially offer its resources to all interested external entities. The centre equipped with a group of research labs and an unique cyclotron is going to start operations in three years” - said Dr. Krzysztof Kurek, quoted in the release. "Research carried out in the centre by domestic and international teams of researchers should help develop new methods to diagnose and treat serious diseases, for which currently used methods are ineffective" - he added.

According to the NCBJ release, a cyclotron capable to accelerate protons (to the energy of 30 MeV), deuterons (to 15 MeV) and alpha particles (to 30 MeV) will be the heart of the CERAD centre. Such energies are sufficient to produce radioactive isotopes needed in nuclear medicine; such isotopes are produced that way only in very few institutions in the world. In addition, some isotopes will be produced by means of irradiating suitable targets with beams of neutrons produced by the MARIA reactor in Świerk. The new centre building will house labs equipped with hot chambers necessary to safely manipulate radioactive materials, analytical labs and biology labs.

Participation of medical universities in the consortium will enable smooth transition to the clinical test phase with the most promising solutions as soon as the required permits are granted by suitable bioethics commissions. The CIŚ supercomputer in Świerk and competences of the CIŚ centre staff will assist the researchers in making comprehensive simulations of the new drugs.

"CERAD’s mission is to develop original, effective, and safe drugs” - explained Professor Renata Mikołajczak, Polatom Radiopharmaceutical Centre Director Proxy for scientific matters and collaboration with domestic and international partners, Head of the CERAD project. "A wide range of radio-isotopes available from cyclotron/reactor combination will enable us to design numerous isotope markers capable to diagnose various diseases sooner and more accurately, and as a result more promptly implement a proper treatment of the disease" - she explained.

According to Prof. Mikołajczak, scientists want to combine isotope techniques with other diagnostic methods, such as those based on disease molecular markers and magnetic resonance imaging. "A wide range of available radio-isotopes will enable us also to optimally match radiation energy and biological half-life to the nature/advancement of the disease and individual situation of each given patient. We intend to develop both final drugs and drug precursors necessary in production of radiopharmaceuticals" - explained Prof. Mikołajczak.

According to NCBJ, production of radiopharmaceuticals is a multi-stage process. First, cyclotron-accelerated protons/deuterons/alpha particles or reactor-emitted neutrons hit a target of specially selected chemical composition. Nuclear reactions between bombarding particles and nuclei of target elements produce radio-isotopes of those elements. List of nuclides interesting from the point of view of medical applications is a few dozen items long, from the lightest carbon C-11 to the heaviest actinium Ac-225. Next, radio-isotopes produced within the targets must be extracted and accurately purified. To this end, both physical and chemical methods are applied.

Next, atoms of purified radio-isotopes are attached to appropriate chemical structures (molecules) of a good affinity to target tissues within patient body, e.g. cancer cells. The structures play the role of carriers bringing the attached radio-nuclides to their desired destinations. Peptides preferentially accumulated in malignant cells are commonly selected as the carriers. If radionuclide emitting long-range beta or gamma radiation is selected, the radiopharmaceutical may help to diagnose the disease. Conventional PET or SPECT medical imaging scanners are used to produce maps of points from which decaying radionuclides emit the radiation. Radioisotopes can be used in a similar way for internal radiotherapy.

In this case, instead of a radioactive isotope that emits beta+ or gamma radiation useful for diagnostic purposes, nuclides that emit radiation that destroys cancer cells can be delivered to affected cells. The task of researchers developing new radiopharmaceuticals is to select both the radioisotope and the carrier that allow to achieve the best possible diagnostic or therapeutic effect, precisely target the place of the disease, and cause as few undesirable side effects as possible.