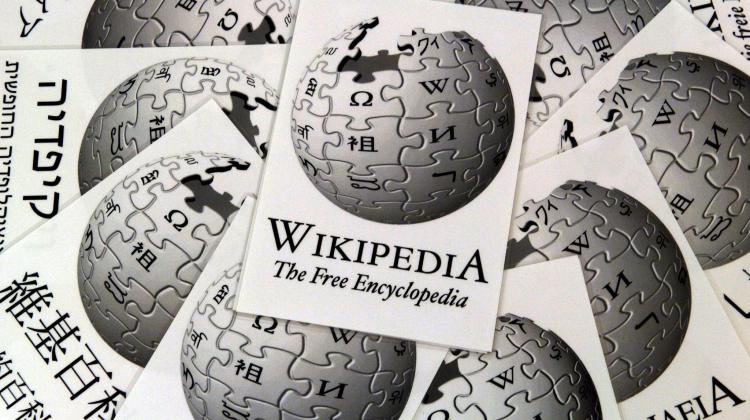 The definition of boson, entry on Barack Obama or on strigas can be read in the Silesian version of Wikipedia. The entry number 5 thousand has just been created - reported the spokesman of the Association Wikimedia Poland, Krzysztof Machocki.

Silesia version of Wikipedia - the world\'s largest digital encyclopaedia - is available at https://szl.wikipedia.org/. It was created in 2008.

Silesian does not have the status of a regional language in Poland. In 2010 the Polish Language Council decided that it is a dialect of the Polish language.

"Just like with all other language versions of Wikipedia, and there are currently approx. 300 of them, entries appear only because there is someone willing to write them. Just sit down at the computer, enter an entry title and... start writing. You just need to remember to quote the sources of information posted in Wikipedia, preferably in the form of footnotes" - explained Krzysztof Machocki from the Association Wikimedia Poland.

According to the release sent to PAP, the anniversary 5000th article is the entry on the US state of Utah. Every day a few to a dozen new entries appear in the Silesian version of Wikipedia.

The aim of maintaining the Silesian version of Wikipedia is that the language "not only survives, but even becomes alive" - inform its creators.

"By writing Wikipedia, we are learning the language. Sometimes there are disputes due to local differences in terminology or the existence of several names for the same object (for example mobilńok/mobilok, which means a cell phone). Writing an encyclopaedia is a very challenging task, especially in the case of the language, which until recently was spoken only by simple people. (...) Now, however, there is a large group of educated people who have not forgotten the >godko< they heard at home. They return to their roots and cherish their culture in different ways" - explained Maciej Wójcik, currently the most active creator of the Silesian Wikipedia and its administrator.

Asked by PAP about the most commonly created articles in the Silesian Wikipedia, Wójcik named those related to geography - countries, cities, islands and seas, followed by biographical articles, articles about music bands, sports clubs, sports.

"Virtually every field of knowledge is represented in the Silesian Wikipedia" - he added.

The most popular among readers are articles about Silesia and Silesians.

Maciej Wójcik admitted that many volunteers initially involved in the creation of the Silesian Wikipedia eventually lost their enthusiasm when it turned out that was subject to the same strict rules as its counterparts in other languages. "For some users the rules of Wikipedia, assuming a neutral point of view, were unacceptable. Once they found out that in this project it is not allowed to promote or praising anything, they left. Others left for reasons of ambition, for example because the form of writing they promoted was rejected" - said the spokesman for the Association Wikimedia Poland.

Also rapidly developing in Poland is the Kashubian Wikipedia, which was founded a few years before its Silesian counterpart. The former has more entries.

"If the current trends continue, we will catch up with the Kashubians by 2017" - concluded Wójcik.

The Association Wikimedia Poland is a non-profit organization whose goal is to support and promote projects of the Wikimedia Foundation and the communities gathered around it. Among the projects supported by the association is the Polish language Wikipedia - the free encyclopaedia website, as well as its Silesian counterpart.