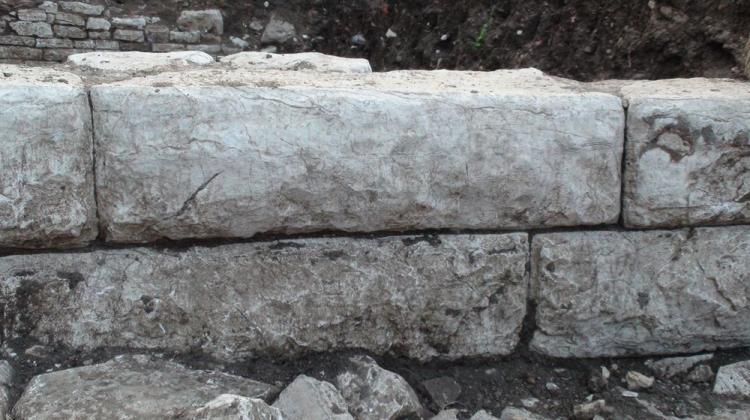 Warsaw archaeologists discovered the first known palace of the Illyrian kings in Montenegro. "This is a great and cardinal discovery, which abruptly expands knowledge about the functioning of royal power in Illyria" - told PAP Prof. Piotr Dyczek.

Montenegrin Rhizon is a permanent part of the history of ancient Rome. Here set up the capital Queen Teuta, whose actions caused the First Illyrian War in 229 BC. Researchers from the Antiquity of Southeastern Europe Research Center of the University of Warsaw began excavations in 2000. So far, their work has allowed, among other things, to revise the views of historians on the order of the reign of the Illyrian rulers. The reign of King Ballaios has been moved back a century - the ruler was not Queen Teuta\'s successor, but her predecessor.

Recent work in July focused on the representative section of the city, which is also the most elevated area. Archaeologists discovered monumental buildings from the third century BC. The first complex was built before 260 BC, the second after 250 BC.

"All the data we have obtained indicate that we have discovered Hellenistic palace complex of the rulers of Rhizon. These are the first structures of this type uncovered in the area of Illyria, which could belong to King Ballaios and Teuta. Until now we did not even know whether such structures existed" - emphasised Prof. Dyczek.

"The location of buildings, their scale, plan, and used building techniques are completely unusual and unique, when compared with the previously known examples of Illyrian architecture, including the structures already discovered in Risan. It appears that we have unveiled a place known from sources from the antiquity. It is a rare case in archaeology. Usually we are not able to identify the specific location of important events, such as the exact place of Caesar\'s death" - explained Prof. Dyczek.

The researcher noted that there are only few surveyed palaces that belonged to the Hellenistic rulers, even though they were built for famous and great dynasties. There are also individual examples of smaller palaces, but not from the area of Illyria.

"It seems that we have unveiled buildings of the palace complex belonging to at least two different kings" - added the archaeologist.

Archaeologists describe the fragments of relics of the first palace as follows: it was a large room in the form of a megaron with a fireplace located at the centre. In the foundation of the hearth, scientists discovered a sacrifice consisting of 30 coins. On the axis of the hearth, on both sides there were marble columns. In the room there were fragments of luxury Hellenistic table vessels. Next to the megaron there were storage rooms for amphorae, and in front of the megaron was a neatly paved square and a section of the road.

According to Prof. Dyczka, the building was burned down during a violent attack. In the ruins archaeologists found lead sling projectiles, which supports this theory.

On the ruins of the first palace, another was soon built. Former megaron was converted into a kitchen or a banquet hall of the new palace complex. Its walls were built of large, carefully crafted limestone bossages, bonded with the Greek anathyrosis technique. Bossages decorate the face of the wall, the edges of stone blocks are carved. Prof. Dyczek believes that the builders attached great importance to the aesthetic aspect of the building.

The interior was divided into at least three areas. The floor was first made from flat slabs of limestone, and later in one area limestone was replaced by fine pebbles, forming a mosaic floor. The building had wide entrances closed with wooden doors. Just like last year, also this year archaeologists discovered fragments of two large knockers. One of the entrances was decorated with frames made of delicate mortar and half-columns moulded in mortar.

The Palace building was unfortunately destroyed and looted in ancient times, and the surviving remnants of walls razed to the ground in the early twentieth century when a ... sawmill was built in this part of Rhizon.