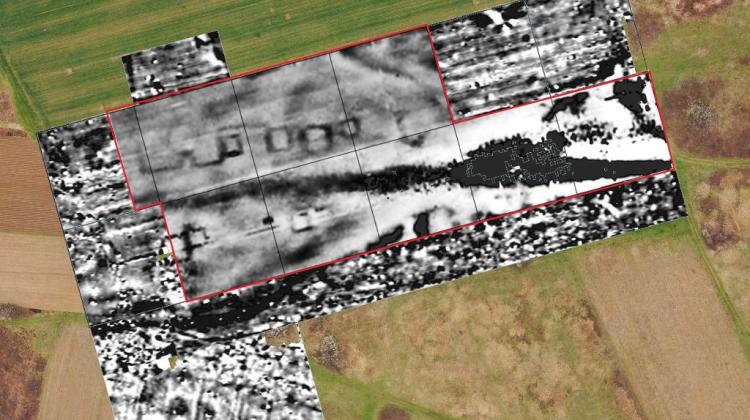 Without conducting excavations, Polish archaeologists in collaboration with the Romanian and Hungarian researchers discovered hitherto unknown buildings and ancient roads near the Roman fort Tibiscum in western Romania.

The research project of archaeologists from the Institute of Archaeology of the University of Warsaw (IA UW) involves using a large number of non-invasive methods that do not involve mechanically disrupting the ground. Its aim is to try to survey the facilities of two thousand years old Roman fort. So far, intensive research covered an area of about 5 sq. km around the fort, which enabled the preliminary determination of the locations of structures associated with the Roman presence in the area.

"We have located previously unknown structures in the immediate vicinity of the fort - behind its northern walls, and spotted part of a road from the western gate, towards Lederata" - told PAP project initiator Michał Pisz, graduate student at IA UW, who carries out the Tibiscum project under the Diamond Grant obtained from the Ministry of Science.

Ancient structures have been detected using magnetic, electrical resistivity and GPR method. During the previous season, also successfully, other appliances were used, such as a drone that allowed to capture infrared images.

This summer scientists are planning to conduct, in collaboration with Romanian researchers, a series of spot excavations which will allow to confirm their speculations regarding the identification of the structures detected with non-invasive methods.

Tibiscum was founded in the beginning of the second century by order of Emperor Trajan. It was one of the most important cities in the Roman province Dacia. Its name comes from the Thracian or Dacian and meant a bog, probably due to its location on the river Timis. The fort was active in the second and third centuries.

Until recent years, researchers did not carry out research around Roman forts - they focused on their interior. The new approach is associated with an increasingly popular trend in archaeology -landscape archaeology and studying historical monuments in a broader geographical context. Similar studies are carried out by the mission led by Dr. Agnieszka Tomas from the University of Warsaw around the legion camp in Novae near the town of Svishtov, and the sister project of studies of the Roman archaeological landscape in the municipality of Ljubuski, led by doctoral student from the IA UW, Tomasz Dziurdzik.

The project "Tibiscum (Romania) and its rural territory in the Roman period" is funded by the Ministry of Science from the budget for science in 2014-2016. The project received technical support from the company Mexstal. Last season work took place in March and April 2016.