What DNA from museum collections tells us 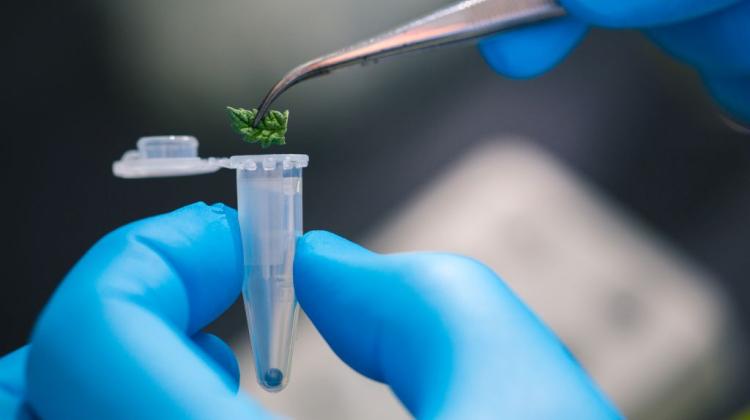 DNA of organisms preserved in museums and herbaria can tell us a lot about the evolution of species. Over time, it degrades and using this information becomes more difficult. Scientists have found a way to quickly and cost effectively capture the fragments of damaged DNA and amplify them. This will allow to determine, for example, how climate shaped the distribution of species on Earth.

There are millions of specimens of animals, fungi and plants in herbaria and museum collections around the world. Collected over the centuries, they often come from very remote and inaccessible regions of the world. Some also contain specimens of species that are extinct in the wild. "In our institute we have about a million described, secured biological objects, which are stored in herbaria. Potentially they could be available for research," - told PAP Prof. Michał Ronikier from the W. Szafer Institute of Botany of the Polish Academy of Sciences.

Such collections can be a valuable source of information on the evolution of species, biogeography or historical processes occurring in populations. However, for a long time studying genetic material from such museum specimens had been a big problem for scientists. "DNA contained in such dead cells degrades over time. Originally log molecules inevitably break into smaller fragments. Consequently, both the concentration of DNA in the object and the continuity of available information stored in the DNA are reduced. It is more or less like old books in which over time pages disintegrate into tiny pieces. The smaller the pieces, the more difficult it is to recover meaningful information" - the researcher described.

But methods for DNA analysis have been evolving for over 30 years. "In recent years there has been incredible qualitative leap in this area. It is associated with the so-called next-generation sequencing that has become common. In the classical sequencing, which has been used for decades, it is possible to obtain a sequence of individual fragments of DNA from the genome, provided that a substantial number of undegraded copies of the expected fragment exist in the sample. Next generation sequencing allows to obtain information from hundreds of thousands or millions of locations in the genome, even sequence the entire genome of any species or specimen" - described Dr. Ronikier.

Researchers from the Kraków Institute together with the research group of Dr. N. Alvarez from the University of Lausanne have developed a new method to study the variability, called hyRAD (hybridization RAD). It enables the analysis of genomic DNA of both undegraded and degraded materials and - as Dr. Ronikier emphasized - it is relatively inexpensive.

"Using our method in studies of museum material on a large scale allows to obtain unique information, which would be extremely difficult to obtain by other methods and from other sources. Comprehensive analysis of DNA variability carried out on a large sample of biological material makes it possible to acquire information about the evolutionary history of the species and its biogeography, formation and dynamics of changes in geographical range. With these data, we can understand how the species evolved, how their distribution on Earth was affected by climate change. In our project we study plants, fungi and insects, but the hyRAD method can be used for all types of organisms" - said Dr. Ronikier.

The starting point for research using the new method is the isolation of non-degraded DNA from "fresh" samples of the test species. This collection of DNA fragments is called a genomic library - a benchmark for testing museum material. Scientists later transform such fragments into so-called molecular probes. "They allow us to selectively catch desired fragments from heavily degraded genome, without its prior knowledge" - described Dr. Ronikier.

In the second phase of the experiment researchers modify small, degraded DNA fragments selected from the museum samples. At both ends of these fragments, in a series of reactions scientists attach extra pieces of DNA, which later enable them to duplicate the genome fragments.

"In the third phase we conduct hybridization: we add modified degraded DNA from the museum samples to the solution with our molecular probes. All the DNA fragments that >>fit<< our probes are >>actively<< captured, on the basis of the natural DNA strand affinity, even when their concentrations in the solution is very low. Then we can multiply and sequence the captured fragments even with single DNA strands. This procedure allows us to obtain very similar, comparable sets of fragments for sequencing in different samples with varying degrees of DNA degradation, avoiding a number of existing major methodological problems" - said the scientist.

Although the method requires using DNA of a species that exists today, it also allows to conduct research using specimens of extinct species. "As a source of reference fragments we can use the closest related living species. On this basis, we can pull out the homologous fragments of the related species" - he emphasised.

Research of the W. Szafer Institute of Botany PAS and the University of Lausanne was carried out as part of the Polish-Swiss Research Programme. Their main researcher was Dr. Tomasz Suchan, who completed part of his doctorate in the framework of the Polish-Swiss cooperation. This is the stage of works devoted to the evolution and biogeography of organisms from Arctic-alpine habitats using next-generation sequencing technology. The most important species that scientists study is the eightpetal mountain avens - one of the key species forming arctic and alpine ecosystems. "We examine the ecological system: the species of fungus and butterfly associated with the eightpetal mountain avens. We try to understand the historical evolutionary relationships between them and check, for example, whether they migrated consistently, whether their range changed in conjunction with each other" - explained Dr. Ronikier.

Publication on the new method for testing the genome variability has been published in the prestigious American journal PLOS ONE.