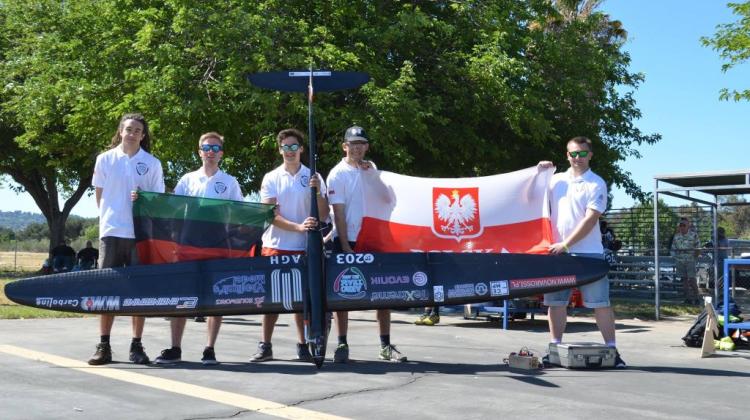 Aircrafts built by Warsaw University of Technology students won in the overall standings in each of the three competition categories of SAE Aero Design West held on 22 - 24 April in California (USA).

SAE Aero Design, organised since 1986, is a competition of students of technical universities around the world. The competition takes place in the US in two editions – East and West. The task of young engineers is to design and build a remote-controlled model of heavy-lift aircraft. The team wins, whose aircraft is able to lift the heaviest payload at lowest possible weight of their model. Aircrafts compete in three classes: Micro, Regular and Advanced. Aircraft models were evaluated by representatives of the US space agency NASA and specialists from aviation companies such as Boeing or Lockheed Martin.

SAE Aero Design West is organized by the Society of Automotive Engineering. This year\'s competition attracted more than 70 teams from around the world, including teams from the United States, Canada, Mexico, India and Turkey. Among the Polish teams in the competition was also the team from Rzeszów University of Technology.