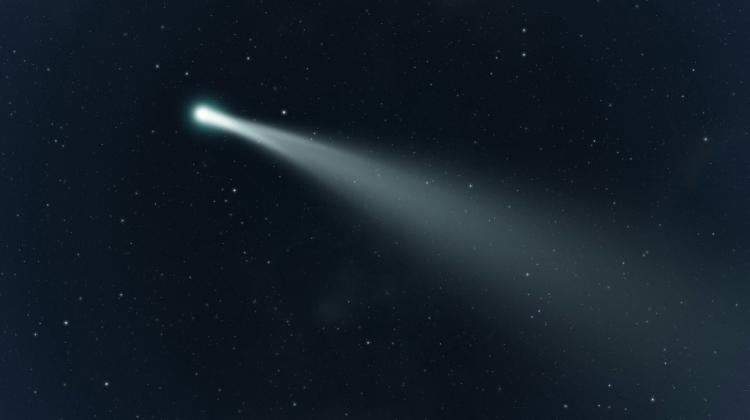 A group of four Polish amateur astronomers discovered a new comet in our solar system. The object was given designation C/2015 F2 (Polonia). This is the fourth comet in post-war history discovered by Poles as a result of observations with terrestrial telescopes.

The discovery has been reported by the journal "Urania - Postępy Astronomii".

Comet discoverers are: Marcin Gędek from Oborniki (business owner), Michał Kusiak from Żywiec (student of astronomy), Rafał Reszelewski with Świdwin (student of technical school) and Michał Żołnowski from Kraków (doctor), who have been intensively pursuing their passion for astronomy for several years.

They discovered the comet using an automatic telescope from their private observatory "Polonia" near San Pedro de Atacama in the Atacama Desert in Chile. The purpose of their observations is to search for comets and asteroids. The observatory in Chile was launched on December 12, 2014. It is the second foreign observatory of this group; astronomy enthusiasts already have one in northern Italy.

The discoverers noticed the comet on March 23. After the astronomical community was notified of detection of potential new comet, other observers from various countries conducted further observations, which confirmed the discovery. It was officially confirmed by the International Astronomical Union in CBET Bulletin No. 4083 of 27 March 2015. Data on the comets were also published in the Minor Planet Electronic Circular (MPEC) newsletters.

Usually comets are named after their discoverers. This time, however, this did not happen, and the comet was named Polonia.

The discoverers explained that their team is made up of four people, who very actively work on obtaining and analysing images from the observatory. All members of the group are the discoverers of the comet, and the principles applied by the International Astronomical Union do not allow you to assign a name consisting of four names. The Polish group decided to name the comet after the name of the observatory, which also in a symbolic way honours our country.

"The search for comets is a rather complex and tedious process, and it does not always guarantee success in a short time. That Monday (March 23 - PAP) was a very exciting day for us. Initially we had technical difficulties and despite the fact that the observatory is in the desert, we were afraid of weather change. But everything worked out extremely well. Monday afternoon, when we saw the comet in the images, was unusual and difficult to describe. Stress followed by euphoria, agitation and reflection" - Michał Kusiak said in an interview with PAP.

The brightness of the comet is now about magnitude 17. It is currently visible in the southern hemisphere and you can not see it from Poland. But - as the astronomers predict - in a few months it should also appear in the sky over Poland and may be within range of amateur telescopes.