Bird invasions: who survives in the city, survives everywhere 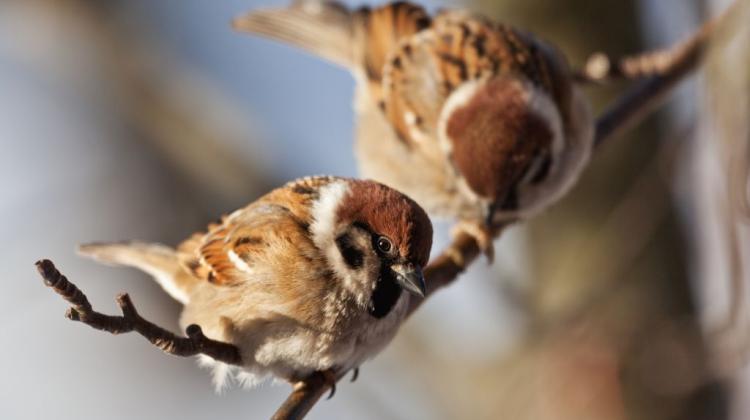 What do the existence of cities and successful invasions of species have in common? More than you might suspect, as evidenced by the analysis of data on different species of birds, brought by people to oceanic islands.

"People getting off the plane in New Zealand wonder why there are so many European birds there? How did sparrows get to America, by the way - they are making quite a mess on islands... We have the answer" - says one of the authors of the publication in the journal "Oecologia", Director of the Institute of Zoology at the University of Life Sciences in Poznań, Prof. Piotr Tryjanowski.

Where does the birds’ predisposition to conquer new environments come from? According to Prof. Tryjanowski and Prof. Anders P. Møller from the Laboratory of Ecology, Systematics and Evolution at the Universite Paris-Sud in France, the key to adaptation to a new place is the ability of birds to survive in the cities.

In other words, the more closely the species is associated with the city and familiar with the proximity of people, the easier it will adapt to a new environment. For example to an island in the middle of the ocean, like New Zealand, like the sparrows brought there by people to control insects - pests of cereal crops (also imported varieties). Black swan appeared there in the same way, and later pushed out mute swan(imported before). To Hawaii people brought starlings, sparrows, mallards, egrets, canaries, pheasants, larks.

Introduction on a mass scale occurred due to immigrants from the Old World. The story of many such expansion can be traced, because - according to the authors of the publication in the "Oecology" - in North America and New Zealand special associations were established to bring in new species, and the scale of their activities was meticulously documented. This is how we know that emigrants sailing to North America took ducks and swans with them (for decoration of parks and gardens), as well as guinea fowl, willow grouse, black grouse and wood grouse, peacocks, pigeons, parrots, larks and blackcaps. "Moving into the world, they were guided by aesthetic and sentimental reasons. They wanted to be surrounded by elements they knew from childhood" - explained Prof. Tryjanowski.

The researchers verified their assumptions by analysing data on 38 species of birds, for example lark, little owl, greenfinch, siskin, sparrow and pigeon, and their historical successes associated with conquering islands. They also took into account the data on breeding population density in and out of the cities, the information on body weight, brain size, etc.

The analyses showed that, in accordance with the principle "who survives in the city, survives everywhere", sparrows and blackbirds, mallards, collared doves, dunnocks and robins easily spread on various islands.

The birds that tend to avoid the neighbourhood of people have not survived a similar expansion, for example turtle dove, linnet and whitethroat. These species do not tolerate captivity and transport, and it is harder for them to reproduce in new environments.

Prof. Tryjanowski and Møller explain that the ability of birds to live in cities has hormonal and behavioural basis, and it is associated with life history of the individual bird. In some respects, it resembles the mechanism of domestication, as it affects the behaviour associated with escape and the associated stress hormone levels. "Animals simply get used to the fact that man is no longer a predator, but the provider of food and nesting sites" - explains the researcher from Poznań.

Scientists previously noted that in species long urbanized the differences are also biggest in breeding population density in and out of the cities. Typically urban species - like rock dove, swift and house martin, jackdaw, robin and sparrow - were "city dwellers" a long time ago, over a hundred years ago, when people transported them to New Zealand and other islands.

The results of the study are important in the context of environmental protection and the problem of the invasion of species. Together with global warming, invasions are considered to be one of these changes in the environment that the most difficult to reverse. The appearance of alien species in ecosystems often causes problems with economic, epidemiological and ecological consequences that cost millions. Responsible for the majority of the invasions are people who deliberately spread species, for example by bringing exotic animals for domestic or industrial breeding, or during the transport of goods.

People began to found cities at least 10-11 thousand years ago, and the process of urbanization continues to this day: today more than half the population of the Earth (approx. 3.5 billion) lives in the cities and their close proximity, and by mid-century, it will be a two-thirds. People settling in the fertile valleys of rivers started a revolution in the landscape - deforestation, changing the shape of rivers, pollution and pressure on resources. The new study shows that some of the consequences of urbanization, even those associated with the change of animal behaviour can provoke chains of discrete and non-obvious changes in nature. For example those that will determine the success of future invasions.