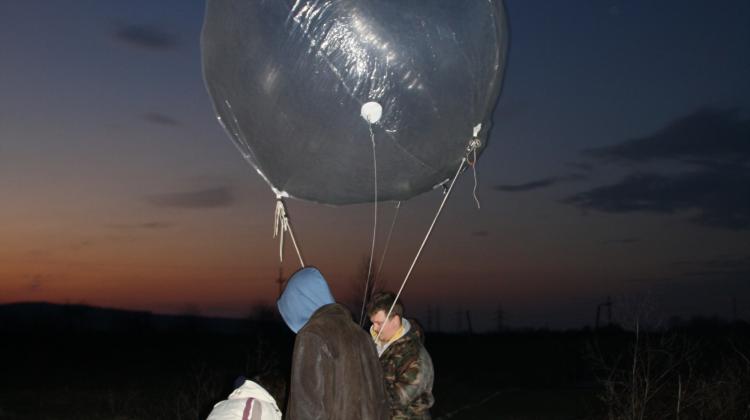 Researchers from the Institute of Archaeology at the University of Warsaw are studying the infrastructure of the Roman fort Tibiscum in western Romania. Until now, the area around the ancient fortress has not been subject to extensive archaeological reconnaissance.

In the field, Polish archaeologists use an arsenal of modern non-invasive methods, which allow to determine what is under the ground without excavations. The first step was surface survey, consisting of methodical search of the area for objects on the surface. Scientists meticulously collect discovered artefacts, mark them with GPS recorders and then put them in a computer GIS database (spatial information system).

Among the most interesting monuments found during the examination of the surface is a bracelet from the Bronze Age, preceding the existence of the Roman fort by several millennia.

"Thanks to the participation of students under the supervision of Dr. Agnieszka Tomas were able to locate a number of clusters of the material associated with the relics of the ancient Tibiscum, such as roads and residential buildings. Upon completion of this stage of research we will verify previously located places using geophysical methods" - reported Michał Pisz, IA UW graduate student who carries out a Ministry of Science Diamond Grant project in Tibiscum.

Research depends on the weather. Fortunately, in the last days the weather was favourable. The team has just started air infrared experiments with the use of a helium balloon. Archaeologists will also use drones that will take aerial photographs. At the same time, Polish archaeologists carry out topographical surveys at the nearby fort Cornutel, which probably served as a watchtower on the road leading to Tibiscum.

"I hope that the use of different methods of reconnaissance will allow to restore the settlement landscape around Tibiscum to the greatest possible extent - at least as much as possible without the use of invasive methods" - concluded Pisz.

The project "Tibiscum (Romania) and its rural territory in the Roman period" is financed by the Ministery of Science from budget funds for science in 2014-2016. The ongoing study will be completed in the second half of March. Polish archaeologists will return to Tibiscum twice later this year. More information on the research is available on the official project fanpage at: www.facebook.com/tibiscumproject