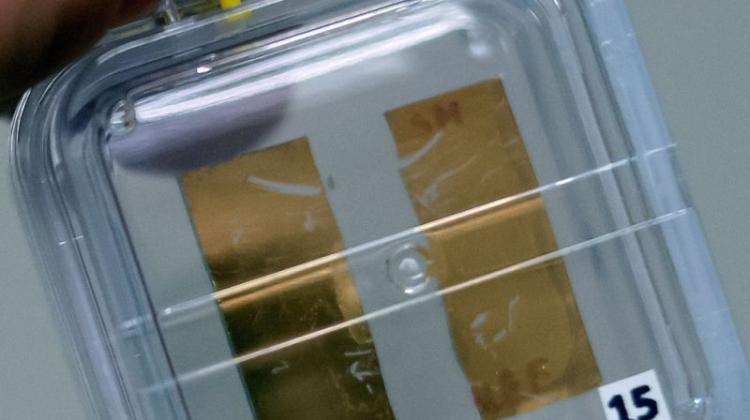 Researchers at Lodz University of Technology developed a novel technology for producing graphene using metallurgical method. It allows to produce graphene sheets of higher strength. In the future, the material may find applications in automotive and aerospace industry, electronics and so-called smart garments.

Graphene is a material composed of a single layer of carbon atoms arranged in a hexagonal network. It is over 100 times stronger than steel, has exceptional electrical properties and is impermeable to gas.

Scientists from Łódź have developed the technology to produce graphene with liquid metallic matrix and carburising gas mixture according to the original, already patented method. They called their product HSMG - High Strength Metallurgical Graphene.

"It is a unique product, single-layer, two-dimensional, with large surface area. Ultimately, we want to produce graphene sheets with dimensions measured in square meters" - said Prof. Piotr Kula - leader of the team of scientists from the Institute of Materials Engineering, Lodz University of Technology, who developed this method.

According to scientists from Łódź, compared to graphene produced using the current methods, this material has a higher strength and repeatability of the physico-chemical properties under varying pressure and temperature conditions.

"We grow graphene on liquid metal, which - like any liquid - has a perfectly flat surface. This allows to maintain the structure continuity. Graphene sheets produced on solid, rough surfaces do not have that. That is the strength of our idea, we are working with an extremely flat forming matrix"- added Prof. Kula.

Researchers at Lodz University of Technology designed and commissioned a furnace for producing graphene on an industrial scale. It was made by Seco/Warwick, the company with which Łódź scientists carry out the project "Graphene nanocomposite for reversible hydrogen storage", funded by the National Centre for Research and Development.

The project objective is to create a material that in the future will be used for the production of safe fuel tanks, for example for cars.

"In order to accomplish this task, we now have to create a material with almost perfect structure and high strength. Our graphene, unlike the others, has a very ordered structure on large surfaces. We are able to come close to the strength, functional, electrical properties that the perfect graphene structure theoretically has" - said Prof. Kula.

According to him, in the near future the resulting material may be used, inter alia, in automotive and aerospace industry, electronics, optoelectronics, water and gas filtering, or in the so-called smart garments.

The largest graphene sample produced at Lodz University of Technology to date has the dimensions of approx. 12 by 25 cm. At this stage, the cost of this material is very high - 1 cm square costs 400 zlotys. "The scale of this process will determine the actual costs and the possibility of use" - said the project leader.

Łódź scientists have established a company whose task is to commercialise the produced graphene. During the seminar last Wednesday, they also presented their technology and material samples to a group of scientists and industry representatives.