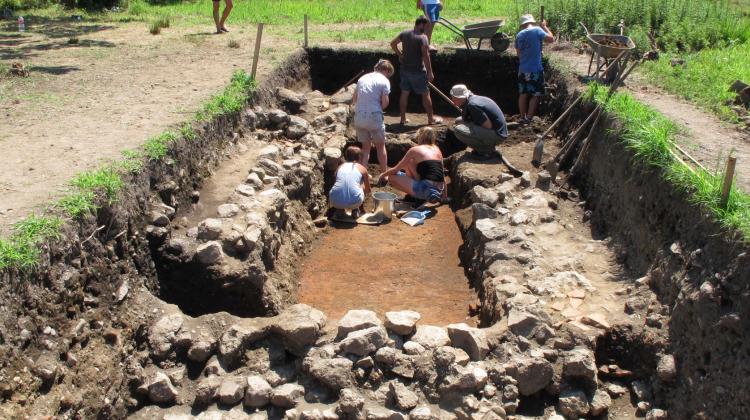 In Gonio, south of Batumi, a team of researchers has discovered baths built and used by the Roman army about 2000 years ago. "We were surprised by both the age of the structure, as well as its buid quality" - told PAP Dr. Radosław Karasiewicz-Szczypiorski, head of the excavation.

Research is conducted inside the ancient fort Apsaros built by the Romans in the 2nd half of the 1st century AD. Near the fortress ran once the only convenient road from Colchis (Western Georgia) to the Roman provinces in Asia Minor.

"In general, thermal baths built for the military were not luxurious. That is why we were surprised by the discovery of mosaics ornamenting the floor. We also unveiled a large part of cool water pool, so-called frigidarium" - described Dr. Karasiewicz-Szczypiorski.

Another surprise for archaeologists was also the age of the baths. Researchers expected to discover structures from II-III century AD. Meanwhile, the baths almost certainly come from the second half of the first century AD. They are evidence of early presence of the Romans in the area. The structure was probably built during the reign of Emperor Vespasian.

Excavations in Gonio are carried out by the team from the Institute of Archaeology and the Polish Centre of Mediterranean Archeology of the University of Warsaw, together with archaeologists from the Gonio-Apsaros Museum-Reserve and The Agency for Cultural Heritage Preservation of Adjara. Polish research has support from Rainbow Tours travel agency.

This is the first season of work that will continue for the next two years. "We plan to uncover the whole area of baths. The remains of the baths will be conserved and covered with roof - it will become a tourist attraction near Batumi" - concluded Dr. Karasiewicz-Szczypiorski.