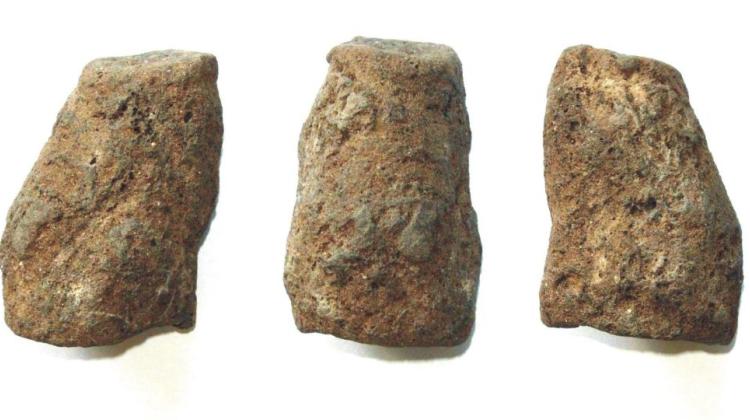 Archaeologists from the Institute of Archaeology and Ethnology (IAE) PAS in Szczecin discovered a meteorite fragment inside the remains of a hut dating back more than 9,000 years in Bolków by the lake Świdwie in Western Pomerania.

It is a natural pyrite meteorite fragment with cylindrical shape and porous, corrugated side surface. It has a height of 8 cm, width of 5.3 cm at the base and 3.5 cm at the top.

"The meteorite was brought to the shelter as a special object, +not of this world+, which must have been obvious to the contemporary men, knowledgeable of stone raw materials. The thing became an object of belief, and maybe even shamanic magic" - told PAP Prof. Tadeusz Galiński of IAE, head of the research project. According to the discoverer, this is the first such find in the history of archaeology.

According to the professor, the discovered fragment is surprisingly heavy. "In addition, the side profile shape suggests various associations; the original finder millennia ago probably saw in it shapes of a mysterious world of spirits" - added the scientist.

Extraordinary discovery was accompanied by numerous tools made of flint, wood, bone and antler, and a rich group of objects associated with the spiritual culture: an amulet, bone spear tip with engraved ornament and so-called magic stick made of antler, decorated with geometric motifs.

In addition to the remains of the pole hut, which contained the meteorite, archaeologists discovered a second, almost identical structure. In both of them, excavated in peat layer, in the central part there were preserved traces of hearths.

Excavations in Bolków have continued for several years. The meteorite discovery was made during last year\'s work, but only now, thanks to specialized studies, researchers were able to determine the origin of the unusual object.

Excavations are conducted by the Institute of Archaeology and Ethnology PAS. The research project is funded by the Ministry of Science and Higher Education under the National Programme for the Development of Humanities.