Study: 23 percent more international students in Poland than a year ago 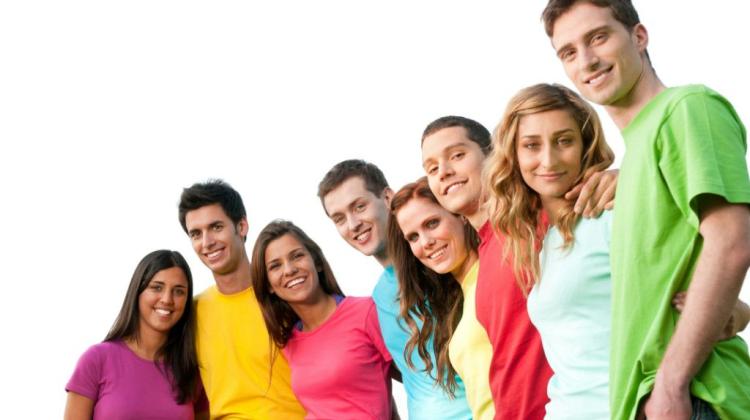 Nearly 36 thousand foreign students from 149 countries study in Poland, about 23 percent more than in the previous year. The largest group, over 15 thousand, are Ukrainians - according to Education Foundation "Perspektywy".

The data collected by the foundation and the Central Statistical Office show that in the academic year 2013/14, 35 983 foreign students study in Poland, 6811 more than in the previous year. That means a 23 percent increase in the number of international students. "Polish universities have never seen such a large increase in the number of international students before" - reported the Education Foundation "Perspektywy" in the release sent to PAP.

The Foundation noted, however , that the growth rate of internationalisation of Polish higher education results not only from the increase in the number of foreigners, but also an unprecedented decline in the total number of students. In the academic year 2013/14, a total of 1 549 877 people study in Poland - over 125,000 less than the previous year.

According to the latest Central Statistical Office data, most foreign students - more than 15 thousand - came to Polish universities from Ukraine. Students from this country are already 42 percent of the total number of foreign students in Poland. Next in terms of numbers are students from Belarus (3743), Norway (1580), Spain (1361) and Sweden (1251).

"Such a large increase in the number of foreign students in Poland is on the one hand a result of Polish universities opening up to the needs of foreign students, in particular expanding the offer of studies in English. At the moment, Polish universities offer more than 500 courses. On the other hand, for eight years now we have intensive, consistent promotion on the priority markets as the joint initiatives of universities" - commented the director of the Education Foundation "Perspektywy" Dr. Bianka Siwińska.

In her view, the offer of Polish universities is attractive because of good quality studies, competitive prices, low sustenance costs - and the possibility to obtain a European diploma.

More than 80 percent of the total number of foreigners came to Poland to study from Europe (more than 29 thousand); others came from Asia (more than 4.7 thousand), North and Central America (over 1.3 thousand), Africa (nearly 600), South America (99) and Oceania (22).

"We are particularly concerned about marginal, compared with a global average, presence of students from Asia. In Poland we have only 670 students from China, 413 from Taiwan, 318 from India, 214 from Vietnam and 213 from Malaysia. Contrary to the global trend, their number has stagnated in Poland" - said Dr. Bianka Siwińska.

According to the foundation, more than 4 million 300 thousand students worldwide study outside their home country. Experts estimate that this number will double by 2020. More than half of the international students are Asians, mostly the Chinese, Indians and Koreans. Most foreign students come to OECD countries, among them the United States, Australia, United Kingdom, Germany and France. The big five hosts over half of all international students in the world. Recently, 7 percent of them also go to China.

Detailed data on the state of internationalisation of higher education in Poland and the world will be published in June, In the report "International students in Poland 2014", prepared annually by the Education Foundation "Perspektywy" in the framework of the joint program with the Conference of Rectors of Academic Schools in Poland, "Study in Poland".