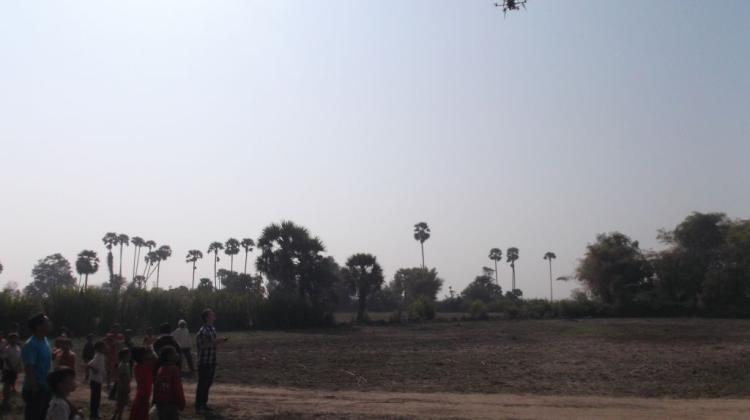 Polish archaeologists found more than 80 archaeological sites in the Siem Reap province in north-western Cambodia. This is one of the first such exploratory projects in Cambodia.

"Some of the sites had been known from the studies of French researchers who visited the area during the colonial period. Yet since then, no one has verified their findings" - explained Kasper Hanus, coordinator of the project carried out at the Institute of Archaeology of the Jagiellonian University in Kraków.

The first stage consisted of using satellite images to identify potential traces of activity of ancient communities in the area of the Siem Reap province. Its size is comparable to the area of Polish Opole province - about 10 thousand sq km. Now it is time to verify the pre-selected archaeological sites in the field. During the last, intense field season (December 2013 to February 2014), the range of research covered half of the Siem Reap province, about 5 thousand sq km.

"The area favoured locating sites formed in result of human activity. It is a, bare floodplain. Former settlements resemble tells known from the Middle East and Egypt. This artificial hills are a result of hundreds of years of accumulation of remains of human settlements" - explained Hanus.

After finding sites in the area, archaeologists would mark them with GPS. They also performed a standard surface surveys, during which they searched for fragments of pottery and ancient tools on the surface.

"Unfortunately, objects were rarely found on the ground. However, this loss was well-compensated by clearly visible outlines of hundreds years old defensive structures, often surrounded by moats" - added the archaeologist.

It is the shape of the relics of the settlements that caught the attention of researchers. Until now it was believed that during the Middle Ages, the Khmer founded settlements on a rectangular plan. Meanwhile, ceramics from this period has been found on several oval artificial hills discovered by the Poles. "We assume that contrary to popular opinion, there were two types of settlements at that time" - believes Hanus.

Some of the surveyed sites were particularly extensive and complex, which resulted in extension of the standard documentation procedures. Therefore, the archaeologists used a drone on three sites. A camera attached to the device provided a very accurate image. Now, on the basis of the obtained data, researchers are preparing an orthophotomap, an actual photographic map of the area formed in the geodesic matrix.

"The first season was somewhat an experimental field for the remainder of the project. Next year we intend to continue reconnaissance and cover the remainder of the province. This will give us a full map of archaeological sites, which together with the other data collected during the work will be transferred to the local authorities responsible for the protection of heritage" – described Hanus.

Planned for several years, the project "The settlement network of the north-western Cambodia in the prehistoric and historic times" is carried our with funds allocated under the "Diamond Grant" of the Ministry of Science and Higher Education.