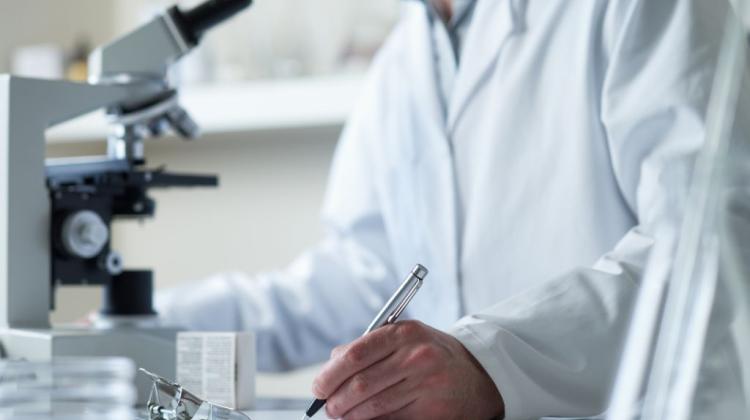 Polish scientists determined the structure and the mechanism of action of important proteins - methyltransferases. The study published in the journal "Nature Communications" should contribute to the development of new antiviral drugs.

Methyltransferases are enzymes that transfer a methyl group. Researchers at the International Institute of Molecular and Cell Biology in Warsaw (IIMCB) in collaboration with scientists from the University of Warsaw (UW) studied methyltransferases responsible for enzymatic biosynthesis of mature mRNAs in human cells. They determined their spatial structure and mechanism of action.

IIMCB press office sent information about their research to PAP.

mRNA molecules are carriers of information in the cell, a "documentation" used to produce proteins based on the plans stored in the DNA.

" We were able to explain how human methyltransferases recognize the structure of the so-called cap at one end of the mRNA and carry out its enzymatic modification. The cap is essential for protein synthesis in cells. We have discovered that human methyltransferases recognize mRNA cap differently than viral proteins responsible for a similar process. This knowledge provides the basis for the search for drugs that would block viral proteins, while being safe for patients" - said Prof. Janusz Bujnicki, head of the research group at IIMCB and Adam Mickiewicz University in Poznań, project leader and corresponding author of a new article, along with a corresponding second author Dr. Marcin Nowotny, head of the group at IIMCB and Prof. Edward Darżynkiewicz, head of the cooperating team at UW.

Using X-ray crystallography (based on experiments conducted by Mirosław Śmietański, doctoral student working under the joint supervision of Dr. Nowotny and Prof. Bujnicki), researchers at IIMCB have identified at the atomic level the details of the complex formed by a fully functional catalytic domain of human cap methyltransferase 1 (CMTr1) and a short fragment of RNA with a cap.

Obtaining RNA protein complex in a form suitable for crystallographic studies was a major challenge. The RNA molecule, very difficult to obtain, was chemically synthesized by the group of Prof. Darżynkiewicz at UW.

The research team of Prof. Bujnicki used the CMTr1 crystallographic model as a template for computer modelling of the structure of the the same complex formed by the CMTr2 protein and the RNA molecule which was the product of reaction catalysed by CMTr1. Biochemical studies of CMTr1 and CMTr2 (coordinated by Dr. Maria Werner in Prof. Bujnicki’s group) were also performed to confirm the importance of individual amino acid residues deemed important for the binding of RNA on the basis of crystallographic and computational structural models.

"Our discovery is an example of a successful combination of experimental and theoretical studies. We put a lot of effort to this project, but cooperation in its implementation gave us a lot of satisfaction" - said Prof. Bujnicki on behalf of scientists from IIMCB. "Now we can use this knowledge to investigate which RNA molecules in human cells are recognized by CMTr1 and CMTr2, and direct the search for molecules that block the action of the viral enzymes, but are harmless to man" - he added.

Also involved in the project were Dr. Elżbieta Purta and Katarzyna Kamińska from Prof. Bujnicki’s group at IIMCB and Dr. Janusz Stępiński from Prof. Darżynkiewicz’s group at UW.

The study was partly funded by the Ministry of Science and Higher Education and the National Science Centre, as well as the Foundation for Polish Science (FNP) and the European Research Council. Dr. Nowotny was funded by the grant "International Early Career Scientist Award" of the American Howard Hughes Medical Institute (HHMI). The FNP also supports Prof. Bujnicki and Dr. Nowotny through subsidies in the "Ideas for Poland" programme and Dr. Werner and M. Kamińska through stipendss in the START programme.