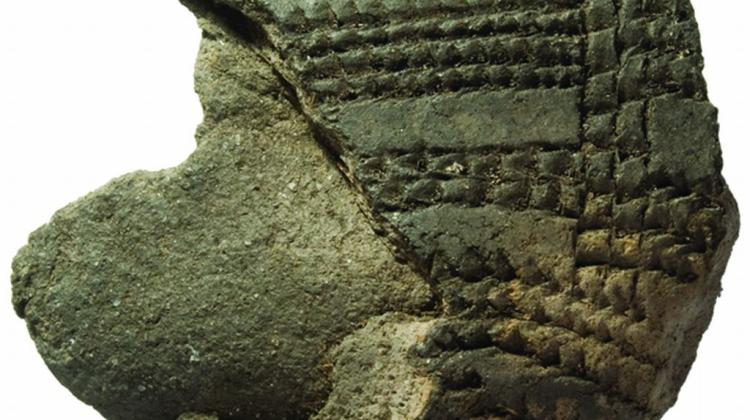 Dąbki (West Pomerania) is a unique place, offering an insight into the social relations 7-6 thousand years ago, between hunters-gatherers and farmers and growers. The site is unique in the whole of Europe. Remains of human settlements from many millennia ago were discovered in Dąbki, located 30 km north-east of Koszalin, in the 1970s.

However, only the study started in 2003 as part of a new international Polish-German project led by Prof. Jacek Kabaciński of the Institute of Archaeology and Ethnology PAS in Poznań and Prof. Thomas Terberger of the University of Greifswald provided data that electrified the researchers studying the Mesolithic and the Neolithic period in Europe. The place was inhabited from 5100 to 3600 BC. The first locally made ceramic objects - vessels with pointed bottoms - come from layers from around 4800 BC. Originally, the settlement was located on an island on the lake near the Baltic Sea.

"In the settlement layers we also found fragments of about 70 pottery pieces attributed to a variety Neolithic agricultural archaeological cultures, such as the Funnel Beaker and Lengyel culture, but also vessels imported from the Hungarian Plain, a distance of over 1000 km (so-called Bodrogkeresztúr culture). Yet the most important thing we were able to establish was the fact that the community that owned these vessels having did not grow crops or breed animals" - said Prof. Kabaciński.

Dąbki are a unique archaeological site. In the area of the southern Baltic coasts this is the only known Mesolithic settlement with such accumulation of artefacts belonging to the farmers from central and southern Europe. Therefore, archaeologists had to approach to the analysis of discovered historical objects with great caution.

"We believe that Mesolithic hunters-gatherers, the people inhabiting these areas 7-6 thousand years ago, carried out an extensive exchange of goods with farmers arriving in northern Europe" - said Prof. Kabaciński.

Research on the archaeological site in Dąbki provides insight into the changes taking place in the period of the end of the absorbtion economy and the beginning of the productive economy. Dąbki, according to archaeologists, was the place where communities with very different cultural and economic traditions came into contact.

The expansion of agricultural communities can be seen in the northern part of the North European Plain from mid sixth millennium BC. Then, stable settlement of farmers appeared from the Paris basin to Ukraine.

"This colonisation, however, did not cover the lowlands of northern Europe and the Baltic Sea region, still inhabited by groups practicing economy based on gathering and hunting. It was not until the middle of the fourth millennium BC, when farmers appeared in these areas, so the Dąbki site is an extraordinary mystery" - said the archaeologist .

The first farmers in today\'s Poland settled in the areas where they found fertile soil, including the area of Kujawy from mid sixth millennium BC. According to the researchers, that was where many of the vessels discovered in Dąbki were made.

The researchers emphasise that the discovered vessels are very well made. "This is high quality thin-walled pottery. Interestingly, some of the products also come from areas west of the Oder" - said Dr. Agnieszka Czekaj-Zastawny, the project archaeologist working on ceramic imports.

"Dąbki is undoubtedly the place of large scale exchange of goods. People probably arrived there from distant parts, crossing distances of few hundred kilometres. Or was it the result of expeditions of local communities. It is difficult to clearly determine" - said Prof. Kabaciński . However, vessels coming from the area of present-day Hungary are probably the result of the work of intermediaries, since it is difficult to believe that the inhabitants of that area ventured this far.

People of Dąbki probably offered farmers antler products, furs, objects made of bone and amber. The design of some of the objects found on Neolithic sites allows to believe that this assumption is correct.

The current results of the international team have been published in the Journal of Field Archaeology Vol. 38, 2013