The presence of 'costly traits' can positively affect the population 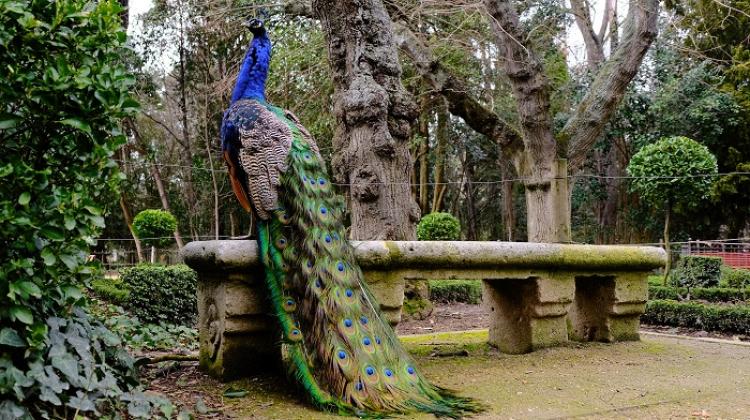 The presence of 'costly traits' useful for reproductive competition can have a positive effect on the population by purging harmful mutations or promoting adaptation variants, shows research of scientists from Poznań, Kraków and Ghent.

Can sexual selection resulting from a sexual partner competition promote beneficial gene variants in a given environment and purge harmful mutations? Scientists from the Adam Mickiewicz University in Poznań, Jagiellonian University in Krakow and Ghent University (Belgium) attempted to answer this question. They presented their conclusions in the journal Nature Ecology & Evolution.

Professor Jacek Radwan from the Faculty of Biology at the Adam Mickiewicz University said: “To explain the evolution of costly traits that hinder survival, such as peacock tail or deer antlers that seemed to contradict the theory of natural selection, Darwin developed the theory of sexual selection.

“According to this theory, lower survival rates may be compensated by the benefits of such traits in reproductive competition, helping to attract the attention of a partner (e.g. peacock tail) or win competition for access to a partner (antlers).”

He continued: “Building on Darwin's theory, evolutionary biologists have postulated that sexual selection can support natural selection by promoting the gene variants that are beneficial in a given environment and purging harmful mutations, because with these traits, males with the 'best genes' can achieve a disproportionately high reproductive success. This prediction, however, has not been verified at the genetic level.”

In their research, scientists used experimental evolution, allowing them to observe in real time the influence of the presence of a costly trait males use to compete for a partner, on genetic variability in the population.

Professor Radwan said: “The study organism was the mite Rhizoglyphus robini, great for this purpose due to its short life cycle. The males of the species differ in possession or lack of thickened and pointed legs.”

According to Radwan, these legs are 'expensive and make it difficult to move, but are useful when fighting for females'.

Radwan said: “The reduced variability concerned mainly rare, most likely moderately harmful mutations. So the presence of costly traits useful for reproductive competition can have a positive effect on the population by purging harmful mutations or promoting adaptive variants.”

According to the Adam Mickiewicz University, the results of the study are important for understanding the role of sexual selection for such fundamental evolutionary processes as adaptation or extinction of species. They can also be used in the planning of strategies for the protection of endangered species.