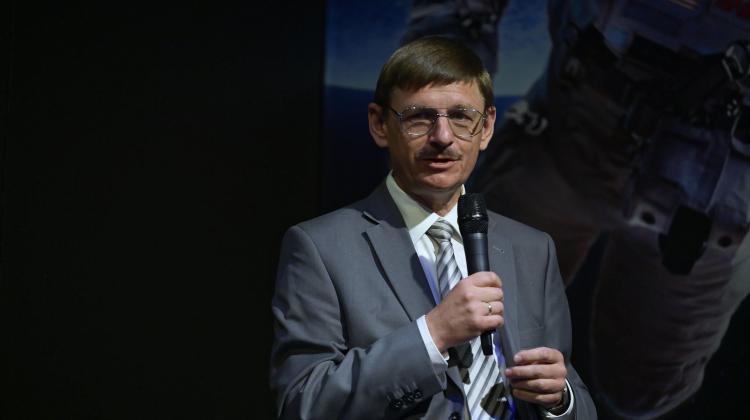 Today the Polish space sector consists of dozens of strictly space companies, 400 companies are registered in the European Space Agency (ESA) database, and 150 have already provided services for POLSA.

Professor Wrochna said: “Ten years of Poland's membership in ESA led to the creation of many companies, the development of research institutes and universities, the development of what we call the Polish space sector, which already employs 12,000 people. Polish equipment was used in 80 missions, we have 11 Polish satellites in orbit.”

In ESA programmes, the agency wants to provide not only components, but also entire systems. And perhaps even entire space vehicles, Professor Wrochna told PAP during the Economic Forum in Karpacz. POLSA also participates in the international Artemis program.

Polish equipment will fly in the Artemis-1 mission. It will include radiation detectors prepared by the Institute of Nuclear Physics of the Polish Academy of Sciences, and infrared detectors to test the atmosphere quality in the manned module provided by VIGO.

According to Wrochna: “We are starting talks with NASA about participation on a much larger scale. In the case of the Artemis mission, Polish companies want to make money building bases on the Moon. We have to learn to use the locally available raw materials. We are even thinking about the Polish national mission and sending a small rover that would be capable of collecting and analysing samples.”

He added that 25 companies and institutions entered the competition and that “the time needed to prepare such a mission is 7-8 years, which means that such a rover could land on the Moon in this decade.”

POLSA wants to have its own observation satellites in the Earth's orbit, for imaging with an accuracy better than 1 m. But, as the head of the agency said, satellites are not everything, the data must be analysed.

Wrochna added: “For this purpose, we are preparing the national satellite information system, which would obtain, collect, archive, share these data, but also offer computing power, data storage space, so that various companies could prepare various services.

“Next year we should have the seed of this system and the first maps with layers, e.g. for agricultural activity or spatial development, or early crisis event warning.”

The satellites will be owned by the state, but access to them will be open.

Wrochna continued: “Companies will use data for free, and POLSA will order pilot services, some we already have. And after verifying the quality, the company will be able to enter the market and sell its products.”

Many Polish companies started operating with grants from the National Centre for Research and Development, but activities for ESA are basically business. Wrochna said: “These companies already provide components, bid in tenders, and the technologies they develop will be commercialised and sold, not only in Europe.

“This year we signed contracts with companies from Argentina, the South American market is absorbent and needs satellite technology. We are also in talks with Turkey, we plan to go to Australia. The possibilities are huge.”