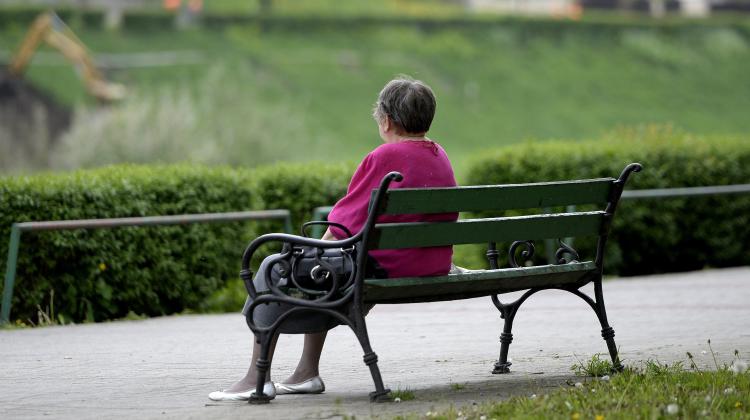 They are active, satisfied with life, like to travel and participate in social life. At their place of residence, they primarily need parks, grocery stores, libraries and clinics. This is the image of Polish old-aged pensioners (OAPs) that emerges from research from scientists at the University of Warmia and Mazury in Olsztyn.

As part of the project carried out for two years, a comprehensive profile of Polish senior citizens and a ranking of places the elderly most often use have been developed.

The objective of the study conducted under the supervision of Dr. Agnieszka Dawidowicz was to answer the question of what a senior citizen-friendly housing estate should look like today and what is the overall profile of the Polish senior citizen. The research material included the answers obtained (via surveys) from the oldest residents of five Polish cities: Olsztyn, Gdańsk, Warsaw, Kraków and Poznań. Participants belonged to different age groups: 60-75, 76-84, 85+.

Scientists from the Faculty of Geoengineering of the University of Warmia and Mazury studied the demographic, psychological, behavioural and economic factors related to the activity of senior citizens in their closer and more extended environment. Statistical analyses combined with geographical information systems (GIS) also allowed them to develop maps of places where senior citizens were the most active.

“The first, partial research results show how much the types of activity and needs of the elderly have changed in recent years. Today, senior citizens are more independent, which significantly affects their needs, including those regarding the development of space,” says Dr. Dawidowicz.

“Our elderly women are usually widows and live alone. It is different in the case of men - they usually live with a partner or wife,” adds the study co-author, Dr. Marta Figurska.

She explains that regardless of sex, Polish senior citizens are quite reluctant to continue their professional activities. During retirement, they prefer to rest, attend classes, for example those offered by universities of the third age, or - in the case of women - care for grandchildren.

Although more and more Polish senior citizens are people with secondary and higher education, there are still huge disproportions between large cities and smaller towns. In the latter, educated people are a clear minority.

“They have friends whom they are happy to meet, they like to cook. They are satisfied with their family situation, relationships with others, the amount of free time and how they spend it', she says. 'They like to be active, especially near their place of residence. Interestingly - although family relations are very important to them, they equally value their independence and personal development. That is why they prefer to live near children and grandchildren, but in separate apartments or single-family houses.”

The study revealed that modern senior citizens also want to engage in social life: participate in senior councils, work as volunteers, help others, e.g. as a nanny. They are eager to use cultural facilities and events: they go to the movies, workshops, to cafes and restaurants.

“They are discovering what senior citizens abroad have been doing for several decades,” says Dr. Dawidowicz. “They notice that being over 60 does not mean the end of life. They see many development opportunities for themselves, so they want to be independent and have the freedom to meet friends or organize parties. They allow themselves to travel abroad more often. And this is a very good direction, because activity, both physical and mental, has a huge impact on health and life expectancy.”

The ranking of sites of senior citizens' activity is equally interesting. It turns out that older people primarily need green areas, parks and walking places. Also important are grocery stores, supermarkets, public transport stops and parking spaces, especially those for people with disabilities. Libraries, allotments, medical clinics as well as churches and cemeteries were high in the ranking.

Does that mean that these places should be located where senior citizens live? If so, at what maximum distance? The authors of the study explain that because older people prefer to move on foot, they most often use places within a walking distance. In the oldest of the studied groups, this means a distance of 500 m, among younger senior citizens - up to 1.5 km.

“This is a valuable tip on the distance at which the places of activity of senior citizens should be located,” the researchers say.

Based on the data they had collected and with a special tool based on Voronoi diagrams (type of a partition of a plane), developed by Dr. Figurska as part of the study, the researchers created so-called availability maps. They show which parts of the city are well adapted to the needs of senior citizens and which require improvement.

For example, the pharmacy availability map created for Olsztyn revealed which parts of the city were excluded in this respect. “We know that senior citizens will not want to live where there is no pharmacy,” the authors say.

The final result of the project will be maps of senior citizen-friendly housing estates and a universal tool for analysing space in terms of availability for senior citizens. The maps will be created automatically using artificial intelligence. They are to help, among others, architects, urban planners and developers when planning and designing housing estates, as well as real estate agents who will advise senior citizens on choosing their places of residence. They will be available in autumn, when full study results will be published.