Blog
This text can be copied
Ludwika Tomala

It is hard to imagine a despair greater than that of a parent who realises that they have forgotten to take a child from a hot car during a heat wave. In such cases, it is usually a moment of inattention, distraction, a phone ringing at the wrong time, a slight change in everyday routine... As a reason, at a critical moment the parent begins to think about matters other than the most important one: the child's life. After all, no one would like to find out for themselves what is happening in the head of a parent racing back to the car and fearing that the worst possible nightmare has come true.

Meanwhile, there are many indications that global warming will put us all in this position. Only instead of a car we have a planet, heating up is spread over years. Nobody can escape from the car, and the pace of warming is largely up to us. The worst part is that the responsibility is spread between several billion people. But none of us will be able to say that we have missed the signs and not noticed the problem. We know that a car left in the sun becomes a glass trap, a heat storage. Some of the sun's rays that reach the car (specifically photons) are reflected. Some are absorbed by the body or enter through the windows and heat the vehicle's upholstery and the air inside. The windows make such reflected energy more difficult to radiate. The balance is that under certain conditions, more energy enters the car than escapes from it. As a result, like in a greenhouse, the temperature is getting higher inside the car. This, in turn, can mean death for those who are unable to get out of the car, for example animals or young children. 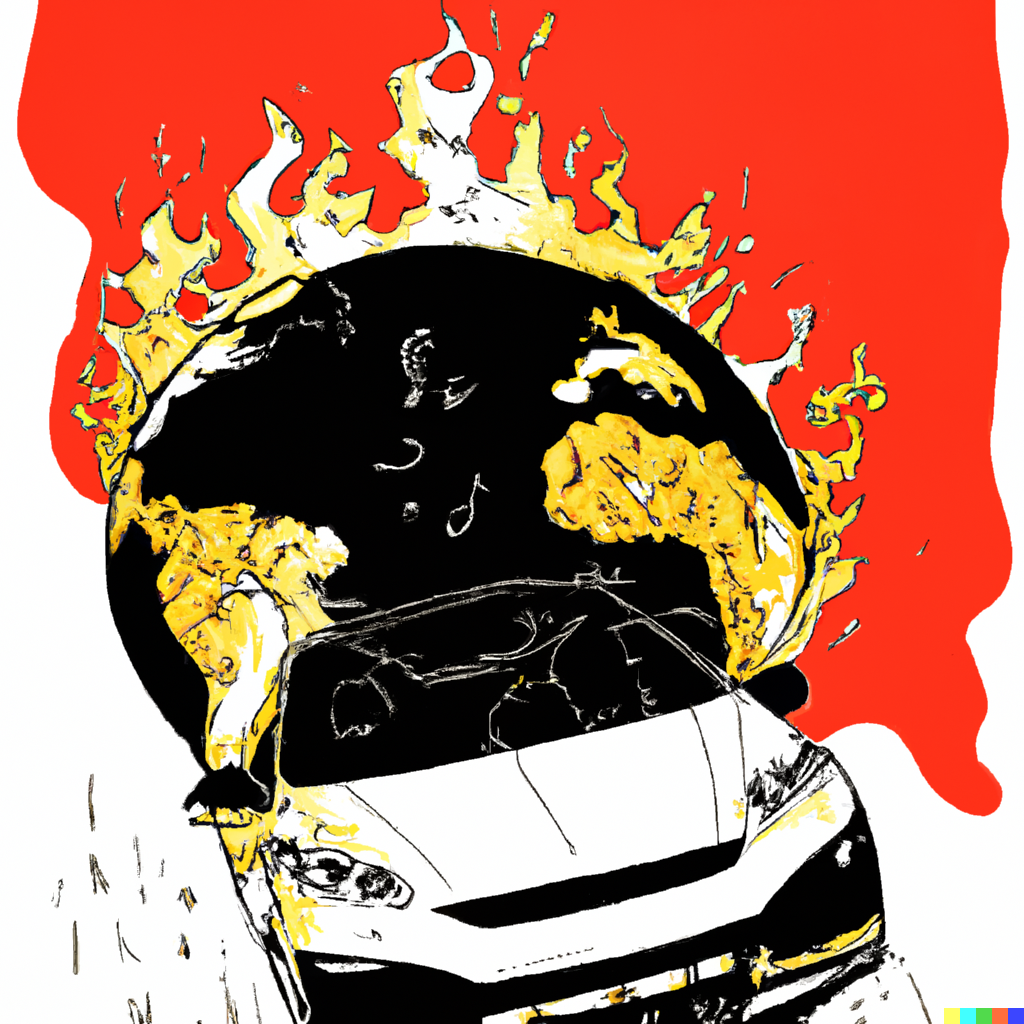 Hence the repeating campaigns and warnings not to leave children (or animals) in cars alone. And a person who notices a baby left in the car should start to help immediately, because every minute counts. Anyone who travels with a child is recommended to form a habit of putting a cell phone or a bag with a wallet in the back seat, next to the booster seat. This makes it harder to forget about the child when you are distracted.

You do not need to know the formulas for heat transfer between the parts of the car and the environment to understand that such campaigns make sense, and you must not leave a child in a hot car, because it is a deadly threat.

It is interesting that some people lose this trust in the laws of physics - and in the sense of similar warnings - when the scale of events gets larger in both space and time.

Because what is happening to Earth as a result of the greenhouse effect can be compared to what is happening to a car left in the sun. Energy from the sun reaches our planet. Some of it is radiated (for example, light is reflected by bright surfaces to some extent), but the part that could escape from Earth remains in the atmosphere much longer than it used to in the last millennia. This is due to greenhouse gases such as carbon dioxide, methane, water vapour that absorb radiation and stop the energy of the sun on Earth. The amounts of these compounds in the atmosphere would be much lower, were it not for billions of people who pursue their needs and whims, sometimes to the limit. While in the case of a parent who leaves their child in the car, the problem is a moment of distraction, in the case of global warming we are dealing with decades of neglect. Closing our eyes. Looking for excuses: that our children will manage, that the car is not that hot, that it is not heating up at all, that it is not our fault but the fault of politicians/corporations/other countries, that we are too weak to counteract it. If instead of looking for excuses and shifting responsibility, this energy were spent on taking action, maybe we would have long fixed the problem (as with the ozone hole). 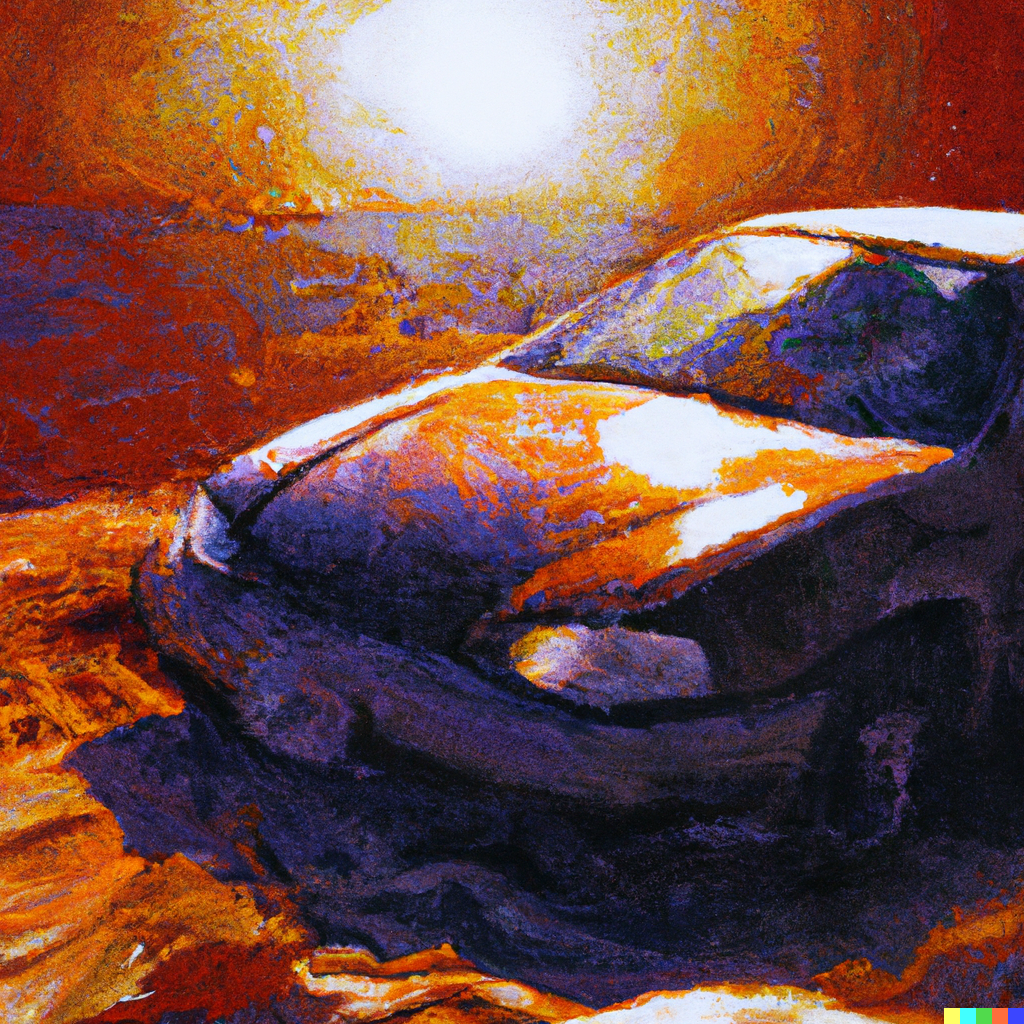 Instead, we are now at the point of the crisis when minor changes in politics or behaviour are no longer sufficient. We will have to tighten the belt. For now, it seems convenient to use fossil fuels, travel by planes under any pretext, use cars to drive everywhere, produce electricity from what we have at hand - and all this is so easily accessible and cheap, because we transfer costs to the next generations. Because we 'forget' to add the costs that the next generations will pay to the prices of luxury goods.

Some 'responsible' adults we are. We use life, nature, and raw materials knowing that we live on credit. That because of this we are damaging the 'air conditioning' in the only car we have to travel through the Universe. And instead of dealing with the problem, we leave it to children who got stuck in this car because of us.

Some of these children are already old enough to shout: What are you doing?! Don't leave us like this! Save us instead of hiding your heads in hot sand.

And they are right. Closing your eyes and shifting responsibility will not help all these little ones. It will not help my son. It will not help any of the children you know. We all have to notice it. Stop and fix the AC. Make the temperature on Earth - one vehicle we have - stop growing. This is an investment that we cannot delay any further. Is this not the most important expense that we have to all, as humanity, make now? Let's start behaving like responsible parents.