Me, myself and I - but are we the best experts on ourselves? 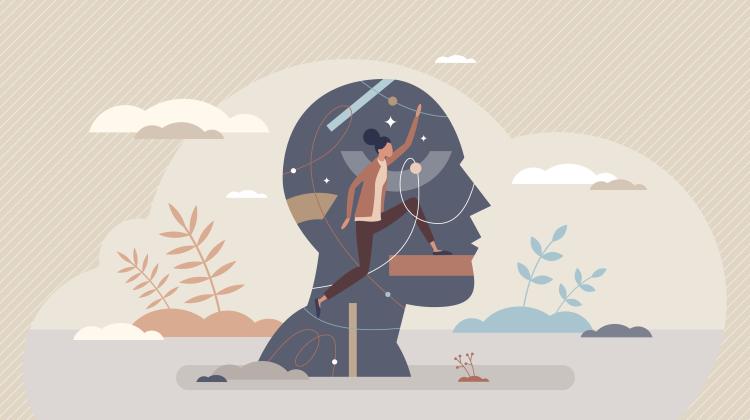 People often consider themselves the best experts on the subject of themselves. Consequently, they consider other people’s opinions more credible if they match their own. However, there are exceptions, researchers from the Jagiellonian University say.

Do you have a firm opinion about yourself? Be careful because you can be biased when listening to the opinions of others on the subject.

For example, are you convinced that you are a skilled negotiator? Do you think you are an excellent driver? There is a greater chance that you will trust those who also say that you are good than those who suggest that you are not quite that good. Similarly, when you do not believe in your abilities, for example thinking that you are not great at public speaking, statistically speaking you are more likely to trust criticism than praise in this regard - no matter what the truth is.

The mechanism of this cognitive error is explained by the self-verification theory. It proposes that we prefer messages consistent with our own self-views to maintain a sense of consistency, predictability, control over ourselves and the surrounding world. However, if this explanation were complete, no change of self-assessment would be possible. We would only surround ourselves with the voices consistent with our self-views and confirm our initial opinion about ourselves even more. And yet this is not always the case. This means that something was missing in the explanation proposed by this theory.

The study’s co -author Dr. Ewa Szumowska from the Jagiellonian University said: “This explanation would mean that people do not pay attention to the truthfulness of the information they receive. Meanwhile, people acknowledge what they consider real.”

Publishing their findings in Psychological Science researchers found that we are interested in self-verifying opinions, because we consider ourselves the best experts on ourselves. And therefore - when it comes to the subject of ourselves - we perceive the opinions consistent with our self-assessment as being closer to the truth and more reliable. Since we know what we really are like, everyone who thinks similarly is right. Anyone who thinks differently is probably wrong.

In their experiment, the researchers show that there are other people who we consider reliable experts on ourselves, and opinions - inconsistent with ours - is more interesting than the opinion we agree with.

In example, Dr. Szumowska said that when we have a health problem, for example pain in the leg, we usually have no problem to rely an a specialist and their diagnosis and treatment. This means that there are situations when we recognize that someone is a better expert on ourselves than we are. The problem lies in showing such a relationship experimentally.

For the experiment, the researchers selected people who - according to survey results - had a clear opinion about their social skills: those who thought they had very good social skills and those who had low social self-esteem. These people took another series of tests regarding these skills, and then were informed that two diagnoses in this area had been prepared for them.

All respondents received access to a brief description of two extremely different assessments of their social skills - one positive, one negative, along with an information about the source of this feedback - a psychologist or a student. Each respondent could decide which diagnosis they preferred to read in full. The experimenters were interested in whether the respondents would want to read self-discrepant feedback if they knew that it was prepared by a specialist (a psychologist).

The researchers found that participants were interested in such discrepant opinions of an expert as frequently as in opinions consistent with their self-views. This means that the participants did not favour opinions consistent with what they thought of themselves. This is a good sign that there are situations in which we are able to allow an opinion that contradicts what we think about ourselves. This is the first step to change how we perceive ourselves.

What's more, in a live laboratory research, people with a negative self-view preferred a positive opinion, one that was inconsistent with their opinion about themselves, significantly more than consistent one, if that opinion came from a psychologist. In another edition of the same study carried out online, this preference was not recorded. This shows the differences in the approach to experts online and in person. However, the key point is that in both versions of the experiment the typically appearing preference for self-consistent feedback disappeared.

Dr. Szumowska points out that although it is nothing new that people sometimes treat psychologists as experts on certain aspects of themselves and rely on their diagnosis, the new look at the issue of trust in the opinion of others about oneself is a novelty.

She said: “You may think that you know yourself very well, but there are many gaps in this knowledge. These gaps may result from cognitive errors that we fail to notice, or from lack of knowledge. Sometimes we start to have a false self-view. This is clearly visible on the example of depression, in which patients' self-view is so negative that it is detached from reality.

“And they are looking for confirmation. This is just one example that shows how important it is in psychology to understand the mechanisms of processing information about oneself.”