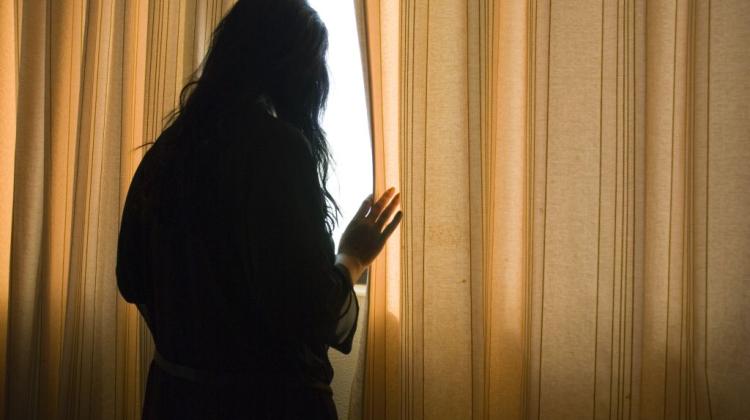 Believing in COVID-19 conspiracy theories is harmful for mental health and increases anxiety and depression, say scientists from the Medical University of Silesia.

The team from the Department of Psychiatry presented the results of their study at the European Congress of Psychiatry in June; the results were also published in the form of a peer-reviewed paper in the journal Frontiers in Psychiatry (https://doi.org/10.3389/fpsyt.2022.870128).

Lead author Dr. Paweł Dębski said: “Since the beginning of the pandemic, we have been seeing a large increase in conspiracy theories and false beliefs in various social groups.

“These beliefs concerned both COVID-19 and the SARS-CoV-2 virus itself (for example, that the pandemic was caused on intentionally, that the virus was released from a secret lab, that governments hide the truth about COVID-19) and the associated health and protective measures (e.g. that masks cause fungal infection of the respiratory tract and hypoxia, that vaccines kill, or that vitamin supplementation or consumption of strong alcohol effectively protect against infection). The problem became so serious that at one point the WHO published a list of the most common false beliefs about the pandemic.”

He added: “Considering the scale of this phenomenon, we decided to investigate whether such conspiratorial thinking could threaten the mental health of Poles.”

The researchers recruited 700 volunteers with an average age of around 25. To select them, the researchers used convenience sampling, which means that the study was conducted online and those interested were asked to complete an online survey. According to Dr. Dębski, in pandemic conditions it was actually the only possible way to conduct such a study.

The responses were analysed using three psychological scales. Two of them are commonly used tools to measure the tendency to believe false information and the level of anxiety and depression, while the third scale was designed specifically for the study by the Silesia scientists.

Dr. Dębski said: “It is a completely new psychological tool to measure the severity of the tendency to believe false claims regarding the COVID-19 pandemic. It is the first and - as far as I know - still the only tool that allows to assess the intensity of belief in pandemic conspiracy theories.”

The combination of all three tools and statistical methods allowed the researchers to determine that the tendency to believe in false theories was strongly associated with the severity of anxiety and depression symptoms.

Dębski said: “We have clearly shown that conspiracy thinking can exacerbate symptoms of anxiety and depression. In other words: the people who are more prone to this type of thinking may be at risk of developing anxiety or depressive disorders.

He added that all kinds of false beliefs equally contributed to the intensification of adverse psychological symptoms.

When asked how it is possible to determine whether it is the tendency to believe in conspiracy theories that promotes depression and anxiety, or rather people with depression and anxiety tendencies are more susceptible to false information, Dr. Dębski said: “We assumed the direction is this: conspiracy thinking causes symptoms of anxiety and depression. Why? Well, because symptoms are always the surface of a phenomenon. On the other hand, the conspiracy thinking tendency is deeply rooted in the human psyche, in personality. And personality traits can be behind superficial symptoms in behaviour and experience. What is deeper causes what is on the surface.”

He continued that the work of his team proves that spreading conspiracy theories about the pandemic is doubly harmful. Firstly, it threatens physical health, because it persuades the public that vaccinations are not needed, COVID is harmless, etc., which means that fewer people take preventive measures, and thus put themselves and those close to them at risk. Secondly, as this study has shown, it directly threatens the mental health of people prone to believe false information.

He said: “This is pioneering research. While the correlation between conspiracy thinking and the various mental functions of a human being was explored before, in this case we worked under completely new conditions, in the midst of a pandemic. We also used a completely a new research tool, one we had built ourselves.

“We are now receiving a lot of feedback from all over the world, demonstrating a great interest in our results. I think that it is in part because they clearly prove one very important thing: the development of false theories, especially by the media, politicians and others with an influence on public opinion, can be a real threat to the mental health of a society.”

Dębski concluded that although the tendency to believe in conspiracy theories may be an attempt to find an explanation for the events that cause fear, it has quite the opposite effect - this belief turns out to be a factor that exacerbates the symptoms of anxiety and depression. That is why it is so important to provide the public with accurate information about the pandemic and to consistently fight disinformation spread by opinion leaders: politicians, celebrities, authorities and the media.

The scientists are continuing to research the topic and say they intend to improve their research scale and look for further correlations between false thinking about COVID and other psychopathological phenomena, such as stress. The second research area of Dr. Dębski's group will be the search for protective factors. He said: ”We want to check what sociodemographic and psychological phenomena protect against conspiracy thinking.”