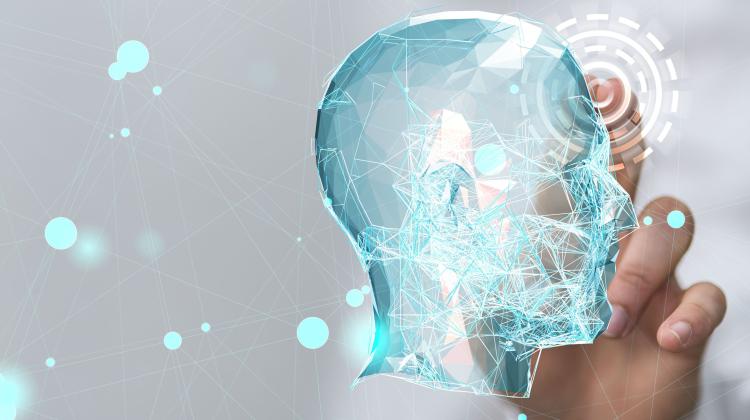 Narcissism and psychopathy can be related to political participation, according to research on Polish and British adults.

Dr. Marta Rogoza, Dr. Marta Marchlewska and doctoral candidate Dagmara Szczepańska from the Political Cognition Lab of the Institute of Psychology PAS and the Maria Grzegorzewska University studied the Dark Triad traits in people participating in the political life of their countries and the motives for their normative (e.g. voting) and non-normative (e.g. streets blocking) behaviours.

Describing their findings in the journal Personality and Individual Differences (https://www.sciencedirect.com/science/article/abs/pii/s019188692100698x), the researchers found that narcissism and psychopathy are associated with a greater desire to participate in the political life of the country.

Dr. Rogoza told PAP that the Dark Triad is a set of personality traits that includes Machiavellianism, narcissism and psychopathy. All these traits are anti -social. Machiavellianism is associated with emotional coldness, egocentrism and a tendency to control and manipulate others to gain benefits. Narcissism is associated with a sense of superiority, uniqueness, being constantly self-absorbed, and a clear need to be admired by others. Psychopathy is above all high impulsiveness, search for excitement and stimulation, as well as low empathy and low levels of anxiety.

'Narcissistic people try to build their own self-esteem through participation. People with high results on the psychopathy scale seek to cause chaos in society', the scientists found. The relationship between Machiavellianism and political participation is less clear.

Based on the results of three published studies conducted on Polish and British adults, the authors tried to understand why narcissism and psychopathy were associated with active participation in political or civic life. They were searching for specific motivations behind political behaviour.

The first study fully confirmed the hypothesis about the positive relationship between narcissism and political participation. Psychopathy turned out to be strongly associated with many forms of participation in political life, not only with a collective behaviour breaking or going beyond legal and social norms (although the relationship with this type of participation was the strongest). The exceptions were behaviours related to social responsibility and signing petitions - there were no psychopaths among people engaged in this type of activity. The relationship between Machiavellianism and political participation turned out to be weaker but noticeable. All these results were relatively stable over the course of eight months, which was confirmed in the second study.

The researchers said: “Even if narcissism itself is negatively associated with political knowledge, it is positively related to participation in politics. We expected that people characterized by high levels of psychopathy could participate in politics, because radical, non-normative collective behaviours could allow them to clearly express their anti-social attitudes. And, as expected, psychopathy was most strongly associated with the motivation of sowing chaos and havoc.”

They added that literature confirms that psychopathy is 'darkest' trait in the Dark Triad. In turn, the role of Machiavellianism in political life requires further research. In their research, this variable was associated with a cynical approach to politics, which may appear to those high in Machiavellianism as a waste of time - at least as long as it does not serve their own purposes.

CULTURAL CONTEXT - DOES IT MATTER?

The Polish part of the study was carried out during strong social tensions and important political events in the country, additionally fuelled by COVID-19 pandemic. At that time (December 2019 - July 2020) the delayed presidential election was held, there was a debate on women's rights and numerous protests took place. Social and political moods were turbulent and created numerous opportunities to engage in broadly understood politics.

The British part of the research project was carried during a less turbulent period at the local political arena (July 2021). The relationships between the Dark Triad traits and political participation were the same, but clearly weaker.

The researchers said: “Protests in Poland are usually perceived as something radical, and those that took place during the collection of data were mostly illegal (because they took place in the middle of the COVID-19 pandemic). However, they cannot be compared to protests in places like Hong Kong, where participation in a protest is associated with a risk of death.

'Contrary to popular belief, participation in the political life of the country does not have to be associated with civic virtues, and the participating citizens should not always be considered role models for others to follow. It turns out that some are involved in politics for purely egocentric reasons, for example those associated with the desire to gain applause or retaliate on their opponents.”

According to Dr. Marchlewska, future research should focus on a clear distinction between such political activity, which translates into the good of the state versus the well-being of 'activists'. In her opinion, we should promote participation that is connected with acting for the good of the nation and based on knowledge about the state and the desire to improve its situation.