Researcher from Jagiellonian University studies problematic smartphone use among adolescents 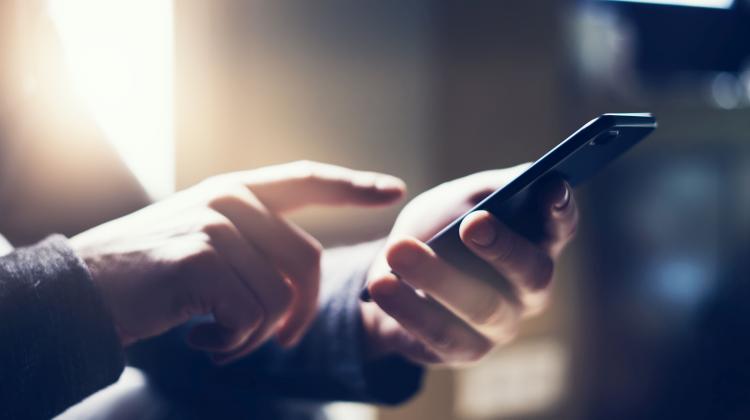 Every third young person without a smartphone at their fingertips feels insecure and their thoughts escape towards it. Every fourth teenager very often receives negative comments from their immediate peers due to the style of smartphone use, shows research conducted by Dr. Łukasz Tomczyk from the Jagiellonian University.

The researcher from the university’s Institute of Pedagogy explains that what used to be colloquially called Internet addiction is now considered a wrong term. The proper term is 'problematic Internet use'. This, however, is still a broad term. That is why several more detailed phenomena have been distinguished within it. These include nomophobia and phubbing.

Nomophobia (short for 'no mobile phobia') is manifested by anxiety caused by not having a working mobile phone (even though there is no clear reason to use the phone. A person with nomophobia can become nervous when their smartphone is not within reach, when its battery dies or there is no cell service.

Phubbing (phone+snubbing) is the habit of snubbing someone in favour of an excessive use of a mobile phone.

For now, nomophobia and phubbing are only suggested names of the problems. They are not classified in official lists of disorders.

Other phenomena related to the problematic Internet use are FOMO (Fear of Missing Out) and the disorder classified in the official lists of disorders: gaming and gambling addiction.

Dr. Łukasz Tomczyk together with Professor Elma Selmanagic Lizde investigated how common nomophobia and phubbing were among adolescents on the example of teenagers from Bosnia and Herzegovina. In 2021, they conducted a survey among over a thousand people aged 12-18. The results appeared in Children and Youth Services Review.

The research showed that 1/3 of respondents declared having symptoms of nomophobia.

Every fourth teenager received negative comments from their immediate peers due to the style of smartphone use . However, not all of these people have a real problem with phubbing.

Less than 10 percent of respondents had a high saturation of phubbing.

Dr. Tomczyk said: “It may seem to older people that almost all young people spend all their time on their phones. We show that the percentage of teenagers who have a real problem is not that large.”

The study also shows that over 60 percent of parents do not employ any methods to reduce selected forms of problematic use of smartphones.

When asked how parents or teachers can ensure that children do not use a smartphone in a problematic way, the researcher explains that in the case of children at younger school age restrictions work better: parental control of how a child uses the Internet, and installing software that limits the time of using apps and limits the available content.

Behaviour modelling is also important. “Since children copy the behaviour of adults, parents should reflect on their ways of using electronic media,” the researcher points out.

Dialogue is important in the case of older teenagers. Strengthening self-control also has good results - exercising with a young person to develop self-control skills. Self-control is a universal feature that prevents the development of problematic behaviour.

According to the researcher, satisfaction of offline life is a factor that protects against problematic Internet use. So if a child has a hobby, learns about the world and experiences things that allow it to develop, there is a better chance to avoid the problematic use of the Internet.

Dr. Tomczyk's research is carried out as part of the Polish National Agency for Academic Exchange (NAWA)-financed project 'Teachers of the future in the information society - between the paradigm of risk and opportunity'.