Returning museum objects is only one form of decolonisation, say art historians 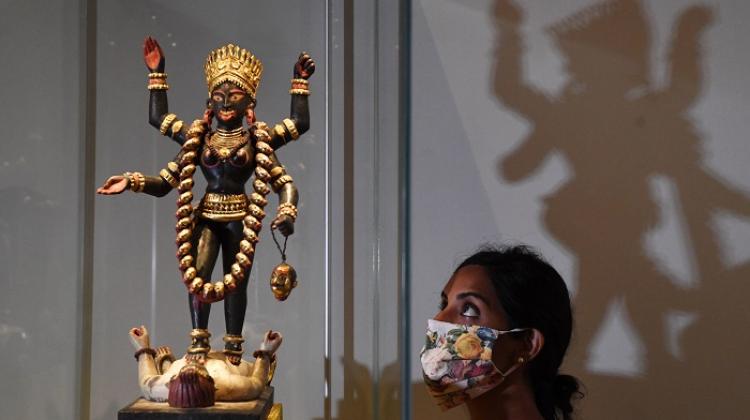 A process of what art historians are calling ‘decolonisation’ is underway as museums help ‘restore’ stolen artefacts to their rightful owners through either directly returning them or creating exhibitions with the help of locals.

Started following a visit to Africa in 2017 when French president Emmanuel Macron ordered museums to inventory their collections to source their legality, saying he wanted 'the conditions enabling the return of cultural heritage to Africa to be met in five years’, institutions globally have begun looking more carefully at their own collections.

Discussions have also began with historians discussing the definition of decolonisation and what it means for individual countries with very different histories of subordination and dependence.

For museums, the basis for decolonisation is to study the origin of objects in their collections and determine their original owners. According to experts, this is not just about ethics and making sure that the artefacts have not been looted. It is also about 'looking for meanings of objects by giving voice to the people - their owners who have not had it until now’.

During a meeting at the National Ethnographic Museum in Warsaw, Dr. Magdalena Wróblewska co -author of the book Practicing Decoloniality in Museums: A Guide with Global Examples, said: “This can teach us what the object is, what its use was, what its cultural functions were. We do not always know everything about the objects we have in museums.”

During the meeting, the participants emphasized that museums must put a lot of effort into determining the owners of items, whether they had been obtained in an ethical way, and whether the language that institutions used when presenting them at the exhibition was appropriate.

According to sociologist Dr. Joanna Wawrzyniak from the Centre for Research on Social Memory of the University of Warsaw, if museums fail to do this, as a society 'we will be intellectually stuck in the 20th century, which will prevent us from opening up to the 21st century and the problems of multicultural society'.

She added: “In 2018, a report byFrench researchers appeared on the order of President Emmanuel Macron to answer the question: why should the French return African items to African museums. The answer was: +It is not just about returning the object, it is about building a new ethics of relations between Europe and Africa+.”

But Dariusz Skonieczko, a curator of African collection at the National Ethnographic Museum in Warsaw, stated that 'returning objects are political gestures, a kind of ethnic and political pressure'.

He said: “These are certainly beautiful gestures, but one should think about what these items can mean for the community - not for politicians, not for a handful of scientists, but for the African community. Do Africans need these things to be returned to them? Do they expect it? My observations and practice shows that not quite.”

Dr. Wawrzyniak responded that the rightful owners of the exhibits do not always want their property to be returned, sometimes it is about much more subtle issues. She said: “Representatives of various communities do not care about [the West - PAP] sprinkling ash or self-flogging, they care about specific actions.

“Sometimes it is about recognizing the property right of a group of objects, sometimes about proper storage, presentation. It is also about shaping relationships, because very often representatives of the community, to which these items belong, live in countries where the items are stored. The point is that when they enter the museum, they should feel better than before.”

Dr. Wawrzyniak also drew attention to the position of Poland - a country that has experienced subordination to various powers in the past, its borders changed, but which has also tried to imitate western countries in building its statehood.

She said: “When it comes to decolonisation, the situation of Central and Eastern Europe is complex and more interesting than the situation of Western European metropolises. Poland experienced subordination to Russia, Prussia and the Austro-Hungarian Empire. On the other hand, we had aspirations to build our own statehood. In the 19th century and at the beginning of the 20th century, these aspirations were often very strongly associated with the language of ethnocentrism and ethnonationalism, because this allowed to build the foundations of statehood in Poland and in other countries of the region. This dual, complex heritage remains with us and is the heritage of museum collections, the way they are described, with added entire communist heritage and all that what could and could not be said.”

During the meeting, Dr. Wróblewska identified topics, around which decolonisation practices in museums should be built, 'regardless of whether the home country of the museum had colonies in the past'. These topics are: visibility, inclusion, narrative, empathy, transparency and susceptibility.

She added that they could serve as a slogan to follow when preparing an exhibition.

Wróblewska told PAP that her next project - studying the origin of objects in the collection of the National Ethnographic Museum in Warsaw.

She said: “As part of the project, I am interested in how the items facilities in the National Ethnographic Museum collection are presented, what stories accompany them. Where they come from, what their paths to museum collections warehouses and exhibition rooms were. How their functions changed, for example, from cult objects to museum exhibits. In this sense, I want to take a closer look at them.”