Dr. Witajewski-Baltvilks: With temperature rise stopped at 1.5°C, global GDP would slow down by approx. 0.04 percent 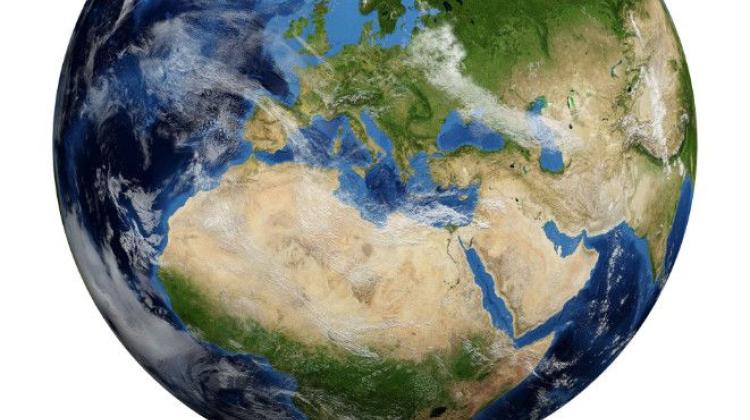 We estimate that if the global temperature rise could be stopped at 1.5°C, global GDP would slow down by approx. 0.04 percent, says Dr. Jan Witajewski-Baltvilks from the University of Warsaw, one of the authors of the third part of the 6th report published by the IPCC.

Climate Change 2022: Mitigation of Climate Change is the third part of the sixth report of the Intergovernmental Panel on Climate Change (IPCC). The panel of scientists from almost 300 countries was established in 1988 by the United Nations to assess the causes and effects of climate change. The IPCC presents its reports every 5-7 years.

Three working groups worked on the sixth report. The first group focused on the analysis of the scientific literature on the scientific basis: Physical Science Basis. This group published the latest findings in August 2021. The second working group focused on the consequences of climate change, adaptation and threats: Climate Change 2022: Impacts, Adaptation and Vulnerability. The results were published on February 28, 2022. The third working group produced materials on mitigating climate change: Climate Change 2022: Mitigation of Climate Change.

The work of the latter group was published on April 4. 'It’s now or never, if we want to limit global warming to 1.5°C. Without immediate and deep emissions reductions across all sectors, it will be impossible', said Jim Skea, co-chair of the IPCC working group.

He noted that 278 volunteer authors from 65 countries worked on the publication. During their work, the researchers replied to 60,000 comments.

He also mentioned a noticeable increase in the initiatives of individual countries and cities to combating the effects of climate change. 826 cities and 103 regions have set dates for transition to a zero-carbon economy and committed to the fight against deforestation. 56 countries have introduced laws to reduce or avoid gas emissions, which translates into covering half of the global gas emissions. Skea noted, however that these activities were still insufficient.

In his opinion, the lower costs of solar and wind energy and batteries are an undisputed success towards protecting the planet from the effects of climate change.

At a meeting organized in Warsaw by the the Center for Cooperation and Dialogue at the University of Warsaw, Dr. Jan Witajewski-Baltvilks, head of the Warsaw Ecological Economics Centre of the University of Warsaw and one of the authors of the third part of the report, said that the collected scientific literature allowed to calculate the economic level decline, if all countries decided to move their economies towards zero emissions.

'Decarbonisation will not be associated with economic growth. It will be a slight decrease', said Dr. Witajewski-Baltvilks. 'We estimate that if the global temperature rise could be stopped at 1.5°C, it would result in an economic slowdown by 0.04 percent', added the scientist who was responsible for the work on chapter 16 of the third part of the report: Innovation, technology, development and transfer.

'Afforestation and cultivation of energy crops both require a lot of space. As a result, we limit the space for food crops. This means increased food prices in the future. DAC technology, on the other hand, consumes a lot of electricity, which may result in higher electricity prices', the scientist warned and added that the side effects of new technologies could be limited. The time we spend on transformation is important.

'The later we move away from fossil fuels, the more dependent we will be on new technologies that are not innocent', said Witajewski-Baltvilks. To reduce dependence on these technologies, economies around the world would have to implement a zero-emission strategy by 2060.

Dr Jan Witajewski-Baltvilks pointed out that Dr. Karolina Safarzyńska from the Department of Political Economy of the University of Warsaw, not mentioned in the official list of authors, also worked on the text of chapter 16 of part III of the IPCC report.