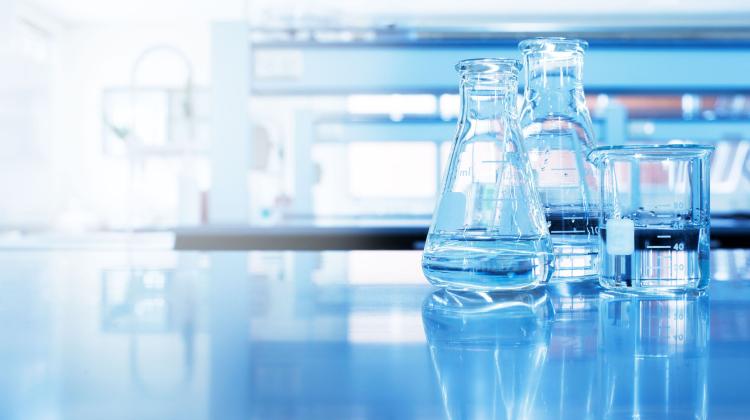 A researcher from the Polish Academy of Sciences is a co-author of a discovery in the field of chemistry concerning aromaticity, described in the prestigious journal Nature. The discovery may revolutionise the production of fertilizers, scientists claim.

Although the word 'aromatic' is usually associated with fragrances, it has a different meaning for chemists. It refers to a specific interaction of chemical bonds. Aromatic molecules are extremely stable, and at the same time they have various key roles for humans, for example, they are found in in the amino acids that build proteins. They are also used in various medicines.

Aromaticity was traditionally understood as a property of certain organic compounds. Recently, it has been studied in inorganic substances, which in this case consist mainly of metals. These compounds are used as catalysts, for example.

Molecules can be aromatic to varying degrees; quantitative evaluation of the degree of aromaticity is the subject of intensive research. This degree affects the stability of the substance.

In their latest work (https://www.nature.com/articles/s41586-021-04319-z), Dr. Cina Foroutan-Nejad from the Institute of Organic Chemistry of the Polish Academy of Sciences and his colleagues from the Central European Institute of Technology (CEITEC) in Czechia question the recognized theory of aromaticity. They also present an innovative approach to attributing aromatic nature to substances with the heaviest elements found on Earth, such as thorium compounds.

In their paper, the scientists describe the aromatic bond between thorium atoms - in a crystalline structure - which can also be applied to other metals from the same group of actinides. The new theory can find practical applications, because these substances are ideal candidates for catalysts producing ammonia from nitrogen.

According to the researchers, this may even 'start a sustainable revolution in the production of artificial fertilizers'. (PAP)