Matter & Energy
This text can be copied
Marek Matacz 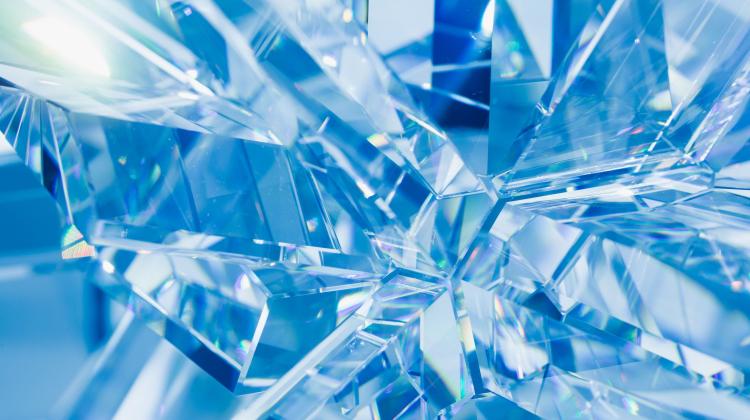 A group of scientists from the United States and Professor Krzysztof Sacha from the Jagiellonian University have just presented groundbreaking achievements in the work on time crystals, as reported by Nature Communications. Time crystals are structures that have only been studied for 10 years, which, like space crystals, have atoms arranged in repeating, predictable patterns, but in time. They can probably be used to recreate various components, such as superconductors or transistors.

Professor Krzysztof Sacha works at the Faculty of Physics, Astronomy and Applied Computer Science of the Jagiellonian University. He is known for his work on Bose-Einstein condensate, solitons and various dynamic phases of matter. He is one of the pioneers in the field of time crystals. The Nature Communications publication can be found here.

PAP: Some people might associate the name time crystals with esotericism rather than science. What are they exactly?

K.S.: We see ordinary, space crystals around us, like diamonds at a jeweller or grains of salt in a salt shaker. Their atoms are arranged in repeating, predictable patterns. They form spontaneously as a result of interactions between these atoms. In 2012, the Nobel Prize winner Frank Wilczek asked if a system of many particles could similarly spontaneously engage in motion repeated in time. It's as if we swapped space and time. We look at an ordinary crystal at a given moment and see a regular structure in space. In a time crystal, we are not interested in the spatial arrangement - it can have very different forms - but we look at its repeating patterns in time.

PAP: A city bus also makes periodic movements - it keeps returning to the same stops, and yet it is not a time crystal.

K.S.: Neither is a pendulum. The point is that the system should consist of many elements that interact with each so that the movement of the system spontaneously becomes repetitive. This self-organization is crucial.

K.S.: It is actually simple, although even when I talk to experienced physicists, it is often difficult for them to immediately understand the idea of time crystals. I myself didn't know what it was all about when I first came across this idea. It takes some time to get used to the new perspective.

PAP: When did you become interested in this field?

K.S.: The idea for a crystal proposed by Professor Frank Wilczek in 2012 assumed that a quantum system of many objects is able to set itself into periodic motion even if its energy is minimal, which turned out to be incorrect. However, Frank Wilczek asked a brilliant question: is it possible to look for time crystals. I found out about Wilczek's idea in 2012 thanks to Professor Jakub Zakrzewski, who was asked by Physical Review Letters to write a commentary for Wilczek's article. Soon after, it turned out that Wilczek's idea was wrong, and it dawned on me that time crystals could form in systems disrupted by periodically changing forces, and this how discrete time crystals were created. Further research groups then began to study and create the first discrete time crystals, and a new field sprang up.

PAP: Your team made a big, double breakthrough...

K.S.: The first thing is temperature. Previous time crystals required low temperatures, even temperatures near absolute zero. As you can imagine, this requires an advanced laboratory. Therefore, we cannot talk about any practical applications of such systems. Our group, on the other hand, managed to create a crystal that works at room temperature. We are dealing with a type of time crystals called discrete. Their creation involves induced their movement by an external force, in our case by radiation from two lasers. Our lasers do not have to be ultra-precise or large, and the crystal itself is created in the optical cavity.

PAP: And the second success?

K.S.: Until now, it was possible to obtain crystals that were small in the time dimension - they had a period twice as long as the period of action of the exciting force, such as lasers. It can be compared to an ordinary space crystal of only two atoms. We managed to create a crystal with a much longer lifetime than that of the exciting force. In such a system, we can conduct solid state physics experiments, and this can lead to practical applications.

PAP: We will get back to applications in a moment. Please explain how did you manage to make these breakthroughs?

K.S.: The first crystals were created in chains of ions, or in nitrogen centres in diamonds. We used a completely different approach. We used an ordinary disc-shaped magnesium fluorine crystal with a size of approx. 1 mm. It is the aforementioned optical cavity. We let photons from two lasers into it. The time crystal is made up of the photons themselves. In the cavity, due to non-linear processes, the photons self-organize into regular light pulses appearing with a different period than that dictated by the laser beams.

PAP: You mentioned practical solutions. What can be made with such crystals? There even is an unusual concept of 'timetronics'. What is it exactly?

K.S.: When we started to conduct research in Kraków on solid state physics in the time dimension, it quite quickly turned out that it was possible to recreate many phenomena that we knew from traditional, solid state physics. So we created the concept of 'timetronics'. Just like electronics is the practical use of electron movement, spintronics - the use of electronic spin, atomtronics - the manipulation of atoms, timetronics is the practical application of time crystals. It turns out that they can be used to build components such as insulators, conductors, and superconductors. Research is heading in this direction, and we are its pioneers.

PAP: From a practical point of view, what can be created with time crystals - better computers?

K.S.: Space crystals can be used to make diodes, transistors and other systems. As for the time crystals, new horizons are only just opening up. Perhaps an experimental time equivalent of a transistor can be realized, and if we have more such transistors, it may be possible to use them to build useful devices. We already know that it is possible to combine spatial crystal structures with temporal crystals and create six-dimensional crystal structures. New, previously unavailable possibilities are opening, new ideas for their practical use will follow.

PAP: What could be the result?

K.S.: I could speculate that perhaps a computer processor would work much more efficiently if some operations could be performed in a time crystal structure.

PAP: What about quantum computers?

K.S.: It is difficult to answer this question at this point, but there is a possibility also in this area. It turns out that time crystals are quantum systems of many objects that resist thermalisation surprisingly well. In a typical situation, a periodically driven multi-object system quickly begins to behave like an object heated to a high temperature. Time crystals show a consistent quantum evolution for a very long time, and this property is the basis for the operation of quantum computers. Remember that the time crystal is a very fresh idea in physics, but an attractive one because it attracts new researchers.

PAP: What are your future plans?

K.S.: We collaborate with Professor Peter Hannaford's research group from Melbourne, which creates time crystals in ultracold atomic gases. This team plans to experimentally test our new theoretical ideas. They concern precisely the reproduction of solid state physics phenomena in time and building practical time devices, such as transistors.

PAP: Do other Polish teams also pursue projects in this field?

K.S.: I know that experimental research on time crystals is carried out at the Adam Mickiewicz University in Poznań. There are also individual publications from other centres. This is a good sign, because it is important that a strong competition in this research develops also in Poland. That always helps.