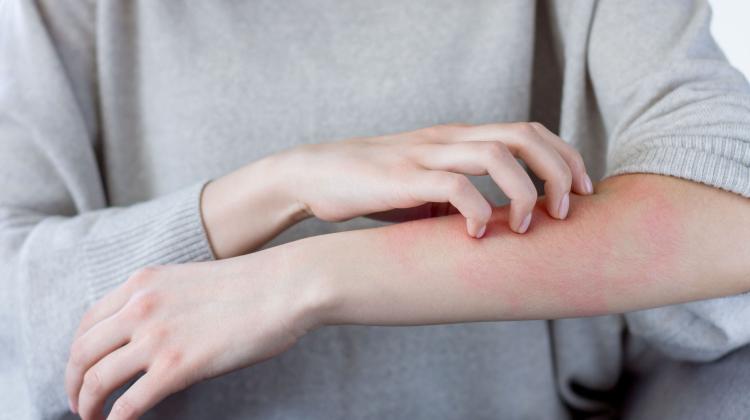 Polish medical AI system SkinLogic, created for a precise, automatic analysis of skin allergy tests, successfully passed clinical trials, which confirmed that it could support doctors in the process of diagnosis. The publication concerning its development appeared in Scientific Reports.

'Our research has been recognized by international reviewers, its results considered world-class', the authors of the system emphasize in a release.

Work on an innovative diagnostic solution SkinLogic was carried out by a multidisciplinary team of scientists including engineers directed by Professor Robert Nowak from the Institute of Computer Science of the Warsaw University of Technology as well as multispectal medical imaging specialists and doctors led by Professor Jacek Stępień from Milton Essex and Professor Karina Jahnz-Różyk from the Military Institute of Medicine. The project was part of a larger research program on the use of artificial intelligence for the purposes of automated medical image processing - IRFAN-Allergoscope.

The main purpose of SkinLogic is to automate reading of skin allergy tests. The system is based on multispectrical (multi-wave) medical imaging in Long Wave Infrared (lwir).

The Hybrid II transducer used in the device has unique sensor systems, which, combined with an AI system, accurately estimate the degree of allergy, while reducing the risk of incorrect diagnosis, which can occur during the diagnosis using standard methods.

According to the authors, the solution is a breakthrough in automated digital analysis of skin pathology. It enables the detection of subminimal (lower than minimal) diameter changes below 0.3 mm. As a result, it can precisely identify new functional allergic markers (HARM - Hyperthermic Allergic Reaction Markers).

SkinLogic is 100% compatible with all skin test kits available on the market, both for 'Prick Tests' and 'Patch Tests'.

Professor Jacek Stępień emphasises that the system that uses deep learning algorithms and a hybrid model with a key module in the form of a convolutional neural network has achieved very good results of detection of allergic reactions compared to the 'gold clinical standard'.

Clinical trials of the system were carried out at the Clinic of Internal Medicine, Pneumonology, Allergology and Clinical Immunology of the Military Institute of Medicine. To test SkinLogic, the researchers collected more than 1,500 images of epidermal allergic reactions.

'The system's AUC index (0.98) and AP index (0.97), recognised as quality measures for medical tests, put it in the world's premier league', the co-author of the study reports.

The Polish invention already had its world premiere. Its development version in the form of a SkinSense scanner was presented in November 2021 at MEDICA’21 in Duesseldorf. The invention also won a gold medal during the 15th International Warsaw Invention Show IWIS.

SkinLogic is now undergoing the final pre-authorisation tests necessary to market it. It is also being prepared for a pilot testing program of early detection of inhalation allergies, which are key factors for the development of allergic asthma.

According to WHO, this form of asthma affects approx. 262 million people and causes over 460,000 deaths worldwide every year. It is estimated that the incidence of asthma increases by 50 percent per decade. According to the European Academy of Allergy and Clinical Immunology (EAAACI) estimates, more than half of Europeans will suffer from an allergy over the next 15 years. Meanwhile, the number of specialists does not increase in proportion to the number of patients, which has a negative impact on the process of diagnosis and treatment.

Detection of allergic diseases is currently based on skin tests. Automating the reading of the results of such tests, both in terms of registration of the tests themselves and their results, as well as their further interpretation, could speed up diagnostic procedures. This is where AI methods such as SkinLogic come in handy.

'Today, effective desensitization immunotherapy in many cases allows to interrupt the allergic march leading to the development of asthma, byt this requires precise and objective diagnosis that will identify the potential sources of allergy', emphasize the authors of the solution.

They estimate that the use of the SkinSens scanner, equipped with the AI system SkinLogic, will translate into more than a 10-fold acceleration of the allergy diagnosis procedure (along with the identification of its causes), which, in turn, will open wide access to early and effective treatment with desensitization immunotherapy to millions of patients, especially children.

According to the release sent to PAP, the IRFAN-Allergoscope project is the world's first example of successful and full integration of medical equipment for non-invasive imaging with advanced artificial intelligence algorithms for automatic test result reading. This starts a new chapter of work on creating smart systems for fast screening tests in critical areas of civilization diseases, which include allergies and allergic asthma.