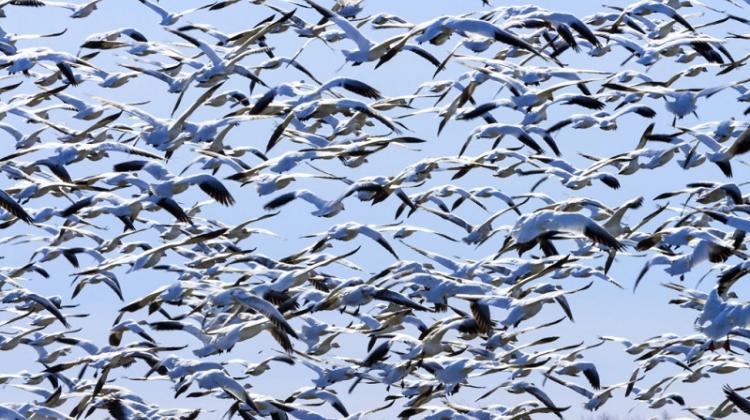 Returning from Africa where they are currently wintering, many native bird species will use the stars to guide them back to their breeding sites, says a leading zoologist at the Poznań University of Life Sciences.

Talking about the relationship between astronomy and ornithology, Professor Piotr Tryjanowski said: “Animals are great navigators, be it thanks to their magnetic sense or their ability to recognise landmarks. Our star, the Sun, has a special role in this.

“Thanks to the sunlight, both we and animals simply can see trees, rivers, rocks, and we can draw and modify internal maps and itineraries. There are quite a few of these mechanisms of orientation in the field, but navigation by the constellations of stars is particularly amazing.”

He said: “Last year it turned out that city pigeons, which, after all, do not migrate, and their whole life is often confined to a few square kilometres, have a stellar compass, and a very accurate one at that.

“The cells in their brains are incredibly sensitive to small changes in light intensity, there are attempts to use this mechanism to improve the functioning of the human nervous system. The mechanisms of navigation by stars are even better known in the case of flycatchers, warblers and robins.”

He added that while waiting for the arrivals of the returning birds, listening to the effect of starlight on non-migratory fowl can be therapeutic.

He said: “There are studies that show that watching the sky and watching birds have a beneficial effect on our minds, memory processes, calming down - in a word, it is a therapy under the winter sky, with a view of the stars and birds.”