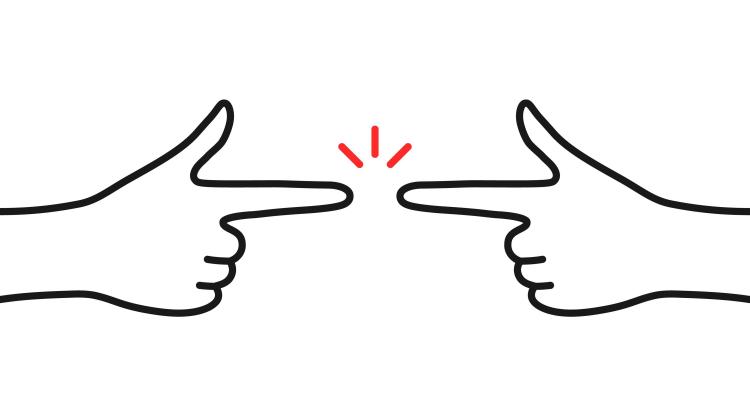 Researchers have carried out an exhaustive study of nearly 2 million online conversations to determine whether the so-called Godwin’s law in which every conversation ends with a reference to Hitler or the Nazis, is true.

In 1994, American attorney and author Mike Godwin formulated a humorous observation concerning Usenet newsgroup discussions. He said that 'as an online discussion grows longer (regardless of topic or scope), the probability of a comparison involving Nazis or Adolf Hitler approaches.’

Godwin's Law has gained popularity because in Western culture, Hitler and the Nazis are often considered the ultimate benchmark for evil, and the Internet culture is often perceived as toxic, polarising and driven by conflicts.

But while Godwin's Law is often regarded as an axiom, it has not been developed on the basis of observations, nor has it been verified by extensive and systematic research.

A team of researchers led Professor Dariusz Jemielniak of Kozminski University took advantage of the opportunities offered by the Internet to explore the relevance of 'Godwin's law' in practice. They studied nearly 199 million conversations on Reddit (considered to be the largest discussion platform), and showed that in the reality of what could be analysed, Godwin's law (of Nazi analogies) did not work. The authors of the study observed that the probability of use of the terms 'Nazi' or 'Hitler' actually decreased significantly with the length of the conversation.

In addition, previously it was widely believed that reductio ad Hitlerum was usually used by the person losing the discussion, and therefore Nazi analogies were considered to signal the end of the conversation. Although with a large data set it is difficult to determine whether a discussion on a given topic has ended or not, the authors observed a significant increase in the length of the conversation when the words 'Hitler' or 'Nazi' appeared.

The results were published in the prestigious journal New Media & Society.

Given that both these observations challenge the widely accepted and intuitive truisms, the researchers applied the same set of tests to other words (including 'f.ck', 'sh.t', 'Republican', 'Democrat', 'Obama', 'Trump', 'Hillary', 'Clinton'). Their influence on the conversation turned out to be weaker. The results suggest that discussions do not inevitably lead to a reductio ad Hitlerum and that such comparisons are not 'conversation killers'.

Furthermore, the results suggest that we might underestimate the extent to which discussions can have a limited vocabulary when they drag and focus on a specific topic, not digressions. All these observations provoke questions that merit further investigation, the authors note.

The authors also noticed that the words 'f.ck', 'sh.t' and 'Trump' frequently cluster together.

Professor Jemielniak said: “Although the study may appear humorous, it can have important consequences in sociolinguistics and communication sciences. There is a specific, local culture of individual topics in the most popular ones, the discussion participants generate their own behavioural standards, vocabularies and reference sets, which become narrower over time and rarely accept new words. In other words, +internet bubbles+ do exist, at least in terms of vocabulary.”

Mike Godwin later commented on Jemielniak's Facebook post, accusing the researcher of wrong research methodology. After a short yet stormy discussion, Jemielniak wrote that he was going to listen to Wagner, and Godwin apparently blocked him.

Professor Dariusz Jemielniak received a grant for his research from the National Science Centre. He previously investigated, for example, whether intercessory prayer (for someone's health) can affect longevity. (PAP)