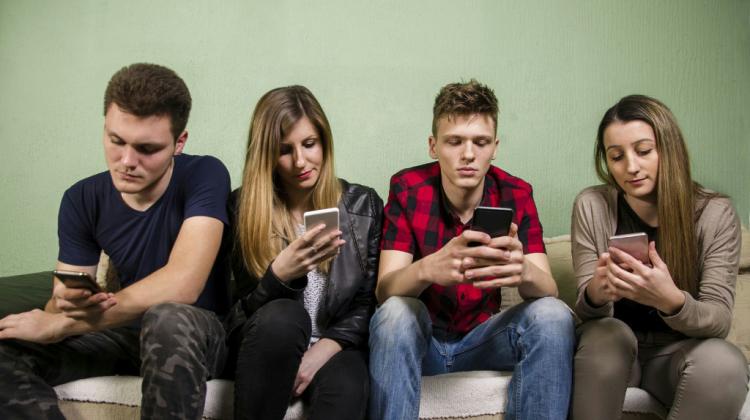 Although young people consider cyberbullying against peers wrong, they accept it when it targets celebrities, says a professor at the Adam Mickiewicz University in Poznań.

Speaking at the 15th International Conference 'Keeping Children and Young People Safe Online’, Dr. Jacek Pyżalski summarised his 15 years of research into online aggression and violence, saying: “In today's world, every serious violence that happens in real life quickly moves to the Internet and begins to have a dimension of cyberbullying - completely differently than 15 years ago.”

When research on the phenomenon of cyberbullying began, young people were asked primarily about the behaviour online. Only later, studies began to appear, in which traditional aggression was studied in parallel in the same people - they were asked not only what they were doing online, but also about school violence. According to Pyżalski, this was a good direction, because while cyberbullying has its own specific nature, is very strongly associated with traditional harassment.

He said: “At the beginning, cyberbullying was considered the kind of violence that always 'hurts more' and is particularly severe compared to traditional violence. But later studies have shown that some cases of cyberbullying have weaker consequences.

Respondents assessed various acts of violence experienced, for example, at school, as stronger. But according to Pyżalski, it is difficult to separate the two, because most victims experience both and traditional harassment as well as cyberbullying, which is then another form of experiencing violence.

Dr. Pyżalski emphasised during his speech that there now were many publications on cyberbullying. And while in the beginning of the study of this phenomenon 15 years ago, the topic was researched mainly by development psychologists who studied it from the psychological side, today it is studied by specialists from various fields, including linguists, physicians, IT specialists, cultural scientists and lawyers.

Among the effective forms of intervention to stop the phenomenon of cyberbullying, Pyżalski named actions and reactions of witnesses. Studies indicate that if witnesses react, say that the perpetrator should stop, think, it is effective against both traditional harassment and cyberbullying.

Pyżalski said: “Witness may not do anything, laugh or show support to the perpetrator whole not using violence themselves, or they can also attack the perpetrator to defend someone or support the victim. These wise witness interventions are very effective in stopping problems, but they are also very effective against traditional violence.”

In his opinion, activating witnesses is a good direction in stopping cyberbullying. It is also necessary to fight 'the conviction that a witness can not report even in a serious situation to anyone because he or she will be a snitch'.

Research shows that cognitive empathy, the ability to 'walk in someone's shoes', understand someone's feelings - correlates negatively with being a perpetrator.

Cyberbullying is a much broader phenomenon that goes far beyond peer violence. On the web, there is a problem of harassment against groups, against people with disabilities or other nationalities.

Research shows that many young people do not accept cyberbullying. At the level of a standard they say that this is something bad, but according to Pyżalski “there is no simple translation that someone has such a standard and acts in a specific way.”

Young people clearly say 'no' to peer harassment, but, for example, agree to cyberbullying that targets celebrities, which has a completely different nature. The respondents believe that “if someone decides to be famous, then they should expect such situations to happen,” Pyżalski said, adding:  “It is normal that if you are famous, we do some things to you. And you accept it - knowing what you are getting into.”

Modern technology is increasingly used as a sword to fight cybercrime. There is Belgian and Japanese research on software that searches for aggressive content online.

Pyżalski said: “These are promising directions of research, but they raise ethical concerns because, for example, someone will be able to view all our correspondence via a machine.”