Sometimes the thinner the nanomaterial the softer it is, researchers find 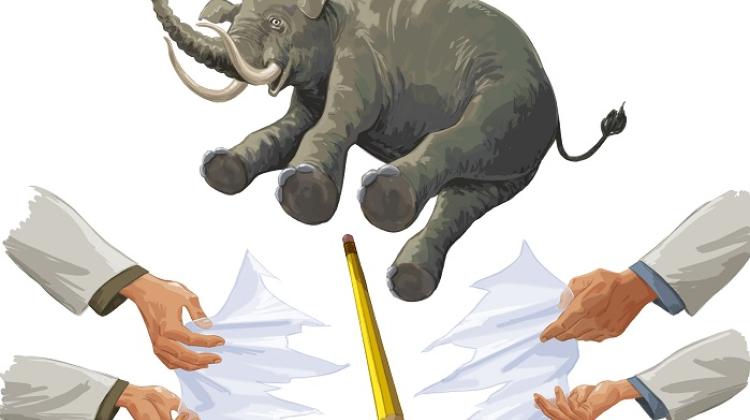 Based on the example of graphene, it is generally assumed that the less atomic layers, the harder and stronger the material is. Researchers from Poland and Spain have proven that this is not the rule, and some nanomaterials become softer when their thickness is reduced. This is an advantage when designing flexible electronics, they say.

The research project leader was Dr. Bartłomiej Graczykowski, a professor at the. Adam Mickiewicz University in Poznań, who is also the Foundation for Polish Science scholarship holder.

When testing the mechanical strength of nanoscale materials, scientists took a close look at molybdenum diselenide (MoSe2) - one of the so-called van der Waals materials, the thickness of which can be relatively easily reduced to several nanometers (one nanometer is one-billionth of a meter, or one-millionth of a millimeter).

Graczykowski said: “Based on the example of graphene, it is generally assumed that the hardness and strength of materials made of just one or a few atomic layers is better than the hardness and strength of their full-size counterparts. Our research has shown, however, that you cannot always expect strengthening of some properties at the nanoscale. We have shown that as the thickness of molybdenum diselenide was gradually reduced (to just three molecular layers), it became softer.”

He added that during the reduction from bulk material to the material having a thickness of molecular three layers, the test material softened by about 30 percent. He continued: “Theoretical studies to date do not provide conclusive results for this phenomenon, because it is a developmental path and we must examine other van der Waals materials.”

According to the physicist, the measurement method the researchers used for testing samples of the material with gradually reduced dimensions, had been known for over 100 years. It had not been previously used in such research.

He said: “This is a completely non-contact method, which measures the thermal acoustic waves (with gigahertz frequencies) in the material and allows to extract its mechanical properties. Currently, only we can use this method to study membranes with a thickness of several nanometers. It is more reliable and more useful than the traditional contact methods, because it can provide both the information on the mechanical properties, as well as data on the thickness of the membrane.

“However, the fact that a material becomes softer at the nanoscale is not always a problem. A soft material admittedly has lower tensile strength, but on the other hand, it is more flexible, which is an advantage when designing flexible electronics that may soon replace silicon-based electronics.”

In the future, nanomaterials such as molybdenum diselenide could replace silicon, currently the basic material for the production of electronics.

Graczykowski continued: “Searching for a nanomaterial that can be an alternative to silicon is primarily studying electrical, thermal and mechanical properties. On the one hand, high mechanical strength is a determinant here, but on the other we want an easily recyclable material with a finite life time. The science of nanomaterials is growing rapidly, but it's still mostly the stage of basic research.”

Research under the supervision of Dr. Graczykowski is conducted at the Adam Mickiewicz University in Poznań and the Catalan Institute of Nanoscience and Nanotechnology (ICN2) in Barcelona, Spain. The results were published in the journal Advanced Materials. (PAP)