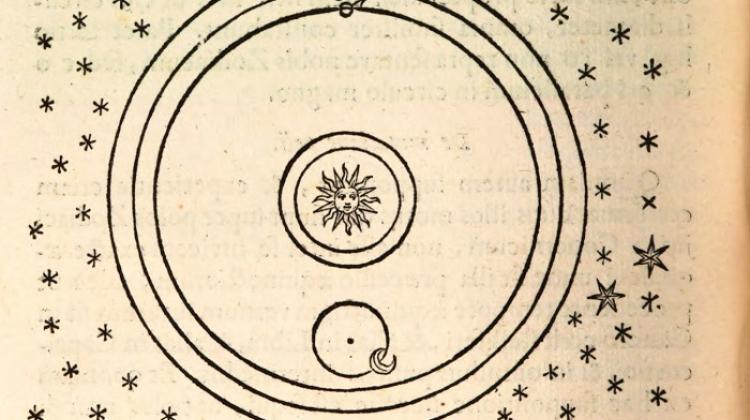 New research has found that William Shakespeare was more in tune with astronomy than previously thought.

By analysing the bard’s plays, Polish researchers have found references suggesting that rather than rejecting theories of the day, he actually embraced them with imagery of planets and stars in his poetry harmonising with cosmological discussions of the era and the beliefs of leading London astronomers.

In Shakespeare’s time (1564-1616), a discussion developed on the nature of the celestial spheres, which according to Aristotelian physics and the medieval philosophy of nature, were to carry planets and the stars.

Earlier, in 1543, Copernicus had put forward his theory that due to supernova and comet observations, the need to refer to the celestial spheres as a planet-floating machinery and stars was being questioned.

The supporters of these views included foremost English scholars: John Dee, Thomas Digges, Thomas Harriot and William Gilbert, as well as the authors of astrological almanacs including Edward Gresham and Thomas Bretnor.

Until now, literary scholars as well as the authors of critical editions of William Shakespeare's plays published in the Arden, Cambridge and Oxford series, consistently placed Shakespeare in the geocentric cosmos, ruled by Aristotle's physics, and accused him of being uninterested in astronomy.

But, in an interdisciplinary paper published in the prestigious journal Shakespeare, authors, among them Polish researchers, prove that some literary traits recurring in the bard's plays testify to his lively reaction to the debate about the new construction of the universe.

Professor Jarosław Włodarczyk from the Institute for the History of Science PAS said: “In our work, we mention that the imagery of planets and stars abandoning and being released from their spheres, almost obsessively recurring in Shakespeare's texts (The Rape of Lucrece, Midsummer Night's Dream, Hamlet, Troilus and Cressida, Antony and Cleopatra, The Winter's Tale), harmonises perfectly with cosmological discussions of the era and beliefs of leading London astronomers..

To support their hypothesis, the researchers used not only fragments of Shakespeare's plays and English astronomical prints and manuscripts, but also modern digital humanities tools that allow to track the appearance and occurrence of selected words in the enormous electronic body of the former EEBO-TPC (nearly 125,000 texts).

Based on this research, the scholars managed to determine that Shakespeare probably coined two neologisms that pictured the separation of a celestial body and the sphere (disorb, unsphere). These words were later used in English, among others by John Milton in his poetry.

Włodarczyk said: “These findings force us to revise traditional views, according to which Shakespeare was treated as a product of traditional education, rooted in the medieval view of the world, focused on human affairs and indifferent to the new vision of the universe.

“These views are still reflected in the critical apparatus of canonical editions of Shakespeare's plays, including the Arden, Cambridge and Oxford editions.

“In other words, our three-person, Polish-American team challenged the tradition of world Shakespearology.”

The open access article is available on this page. (PAP)