Science in Poland reporter shocked by amount of litter in Tatra mountains, but says there is hope 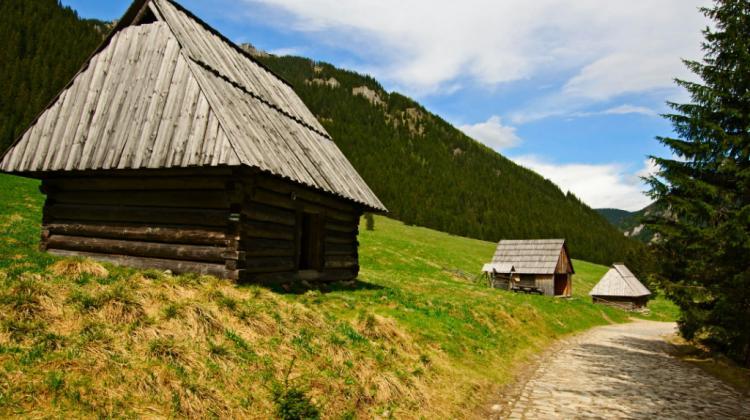 National parks cover only about 1 percent of the area of Poland but they are still full of rubbish discarded by tourists and visitors.

And when I visited the Tatra mountains in September this year, I saw candy bar wrappers, tissues and other rubbish scatted all over the place.

A record number of people visited the Tatras this year with July seeing nearly 770,000 tourists. The same period in 2017 saw around 655,000. Another record-breaking month was this year's June, when the Tatra National Park was visited by 482,000 tourists.

This enormous number of visitors translates into what we can see on the trails. Littering is unfortunately a common phenomenon in Poland. And ecological awareness, unfortunately, is low. According to a 2020 CBOS study, only 25 percent of the local population is concerned about the state of the natural environment.

In the Tatras, a simple rule applies: everything you have brought with you should leave with you. But my observations on the Western Tatra trails show that very many people ignore this rule.

But there is hope!

A PAP news story published on August 1 said that volunteers collected more than half a ton of rubbish in the Tatras. Half a ton! The article said: “According to the data received, volunteers collected exactly 589 kg of waste. After segregation, waste was divided into the following fractions: mixed (187.4 kg), paper (89.5 kg), plastics (161.2 kg), biowaste (20.6 kg) and glass (130.4 kg).”

The clean-up co-originator Rafał Sonik told PAP at the time. “When we started 10 years ago, there was definitely more rubbish. Not only bottles or wrappers, but also flip flops, wellies, even old tires. Things get better from year to year. Today, when we leave the Tatras, it is almost pure pleasure.”

So - it's better, because there is less rubbish.

I noticed another positive trend. A very large part of the rubbish are various types of wipes, sometimes hanged on tree branches, sometimes shyly placed under a pebble. They are probably used during activities related to hygiene. This means that Polish men and women take care of hygiene, which should be considered more good news! Exept, nothing prevents them from taking this type of rubbish with them when they leave.

National parks should be treated like open space museums, where you should not litter or collect plant specimens you come across (this includes refraining from piercing mushrooms with trekking sticks, which is another trend I notices this year in the Tatras).

Do it not only for nature, but also in your own interest, to walk the trails with real pleasure. A 2018 CBOS study shows that hiking, walking in the mountains, wandering along the trails is the third most popular form of physical activity in Poland, according to 14 percent of respondents. It is a shame that even in this elite group there still are a lot of people who do not care about wild nature.