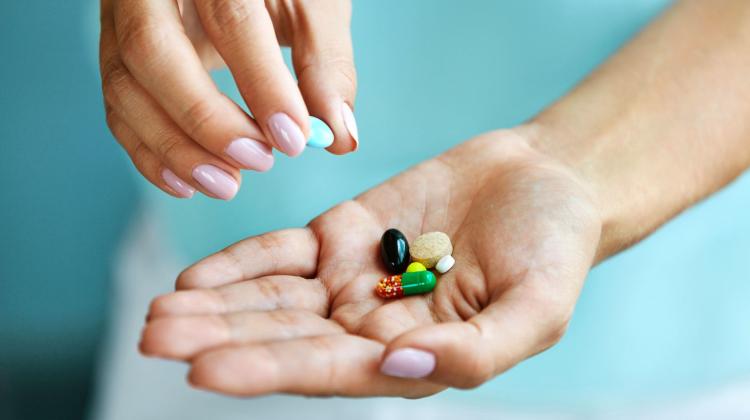 The majority of Poles aged between 35-80 take medication and 41 percent say they are chronically ill, according to a report on medical awareness and drug safety.

The study commissioned by Servier was carried out in May on over 1,400 people and focused on two groups between the age of 35-65 and 66-80.

Although most of the respondents (of online surveys and telephone interviews) said they thought their health was good with 70 percent saying that they rarely felt ill, at the same time 60 percent admitted that they were taking some medication, and 41 percent said they were chronically ill.

Over half (56 percent) said they have suffered or still suffer from at least one ‘civilisation’ disease in the last five years, such as arterial hypertension, atherosclerosis, cancer, diabetes or depression.

The survey also found that despite the Poles commonly believing that health is important, on a scale of 1 to 10 scale, only one third of the respondents assessed their knowledge on the subject at 8 points.

As many as 55 percent said that they generally knew what ‘civilisation’ diseases were, but only 8 percent definitely confirmed it.

Forty-five percent said they generally know how to prevent civilisation diseases, but only 6 percent answered a definite yes.

The diseases most commonly classified as diseases of civilization are: depression (81%), arterial hypertension (72%) and diabetes (68%). Alcoholism (62%), cancer (60%) and atherosclerosis (48%) are also named.

The study confirmed that people with higher education have a greater knowledge about civilization diseases, their causes and methods of prevention. It is also greater among city dwellers, especially in large agglomerations. However, all respondents, regardless of education and place of residence, are equally afraid of developing cancer (60% of respondents). In the following places are arterial hypertension (38%), diabetes (36%), atherosclerosis (33%) and depression (30%).

Among the most frequently mentioned causes of civilisation diseases were stress (80% respondents), lack of physical activity (77%), air pollution (75%) as well as smoking and a sedentary lifestyle (71%). Highly processed food products and ready meals (69%), alcohol (65%), a diet rich in sugars, sweets and sweet drinks (64%) were also mentioned, as well as lack of rest and lack of sleep (62%), water and soil pollution (59%) and a diet rich in animal fats and a meat diet (50%).

The survey revealed that 17 percent of respondents are concerned about the negative impact of 5G network on health and the development of civilisation diseases. Thirty-seven percent pointed to computer games, and 31 percent to technological progress.

Of those most likely to protect themselves against civilisation diseases were those for whom medical knowledge was important. The conclusion is that the higher the medical awareness, the greater the care for health. Most activities were undertaken to prevent arterial hypertension, diabetes, atherosclerosis and neoplastic diseases.