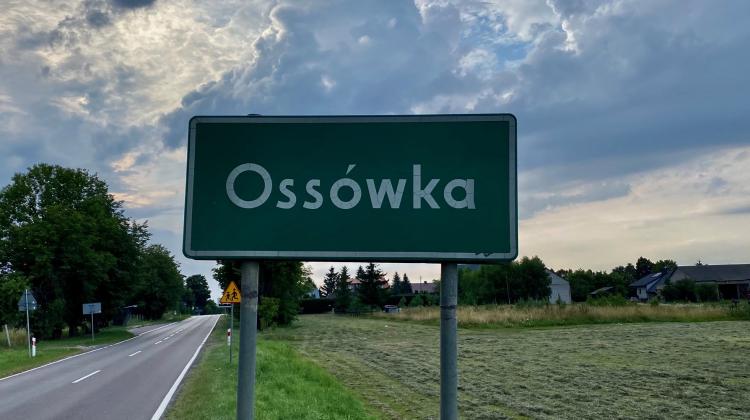 Unique, laminated deposits from a 55-meter borehole near Biała Podlaska have revealed fascinating details and similarities about life on earth 450,000 years ago.

In the same way that tree rings, sometimes referred to as ‘tree cakes’ can tell the age of a tree and how it coped during different seasons, the bottom of deep lakes can sometimes also form similar layers.

In the summer, when life flourishes in the lake, a lot of bright sediment particles of calcium carbonate precipitated from the water fall to the bottom of the lake. In winter, darker organic particles of dead organisms accumulate there (in a large simplification).

If the lake meets the right conditions and it is deep enough, there may be thousands, maybe even and tens of thousands of these layers. This extraordinary layer cake, a natural archive called laminate, hides information on the changing conditions in various geological periods.

It contains micro and macroscopic remains of plants that dominated in the area, and the remains of organisms that lived in and around the lake. By using the bioindicative features of some groups of animals or plants, scientists can learn how warm the years were. They can also look for traces of volcanic eruptions, and even for evidence of changes in the solar activity.

22 FLOORS DEEP INTO THE GROUND

One such place was discovered in the 1980s near Biała Podlaska. It is one of the world's most detailed land sites that documents the Holstein interglacial - a period in the Pleistocene between the Elster glaciation and the Saale glaciation (between approx. 350,000 and 430,000 years ago).

This year, a team from the Warsaw Institute of Geography and Spatial Organization PAS used modern tools to drill to a depth of 55 meters (the height of a 22-storey building) and collected these valuable geological 'years'.

The borehole was drilled in a place where during the Mindel glaciation (approx. 730-430,000 years ago) the ice sheet carved a tunnel valley, in which a lake later formed in the warmer period. It was originally over 55 meters deep, but over thousands of years it gradually filled with settlements until it disappeared. Today, there are meadows and a farmland in this area.

Team leader Dr. Michał Słowiński said: “Because these laminae/layers are so well preserved, if, for example, there are traces of a mammoth, we can calculate how long it was present around the lake, and how long it was not there. We can also determine when the climate cooled down, how long that period lasted and what consequences it had for the natural environment of this part of Europe.

He added that mammoths are a 'great' example of something that will never return, and the extinction of the species is directly linked to the climate change that took place at the end of the Pleistocene.

He said: “If mammoths, aurochs or bison drank from this lake or defecated on its shores, we have a chance to find out about it.”

Possible evidence of this includes not only their palaeoDNA archived in laminated sediments, but also the spores of fungi associated with the faeces of these large mammals. But ' mammoth hunting' is not all.

GEOLOGICAL LOOK AT THE CLIMATE

When it comes to climate change, the Holstein interglacial - well documented in the studied profile - was a period similar to the interglacial, in which we live now, the Holocene.

Dr. Słowiński said: “Our planet not only revolves around the Sun, it also periodically tilts. The current deviation is similar to the deviation that occurred during that interglacial. We assume that Earth is now +heated+ by the Sun similarly as it was back then. This periodic deviation is related to the interaction between Earth and Jupiter (the largest planet of the Solar System).”

Słowiński said: “In the middle of that interglacial, the Greenland ice melted. We have not reached this stage yet. But if that happens, the sea level will rise so much that sea water can even approach Warsaw.

“If, due to human activity, the climate warming processes continue at the current, rapid pace, Greenland ice may melt not in a few thousand years, but in a few centuries.”

He continued that the very rapid global temperature increase that we are now observing is not a natural phenomenon resulting from the Earth's tilt, but that humans have contributed to it. Therefore, the warming of the climate will probably have a different course than in the corresponding period of the Pleistocene.

Due to the detailed analysis of the samples from Podlasie, it will now be possible to compare climate change in the Pleistocene and today more accurately, with a much higher time resolution.

Ossówka is for now the only known site with laminated sediments that cover practically the entire period of the Holstein interglacial. For example, a site in Italy has laminated sediments covering 15,500 years, while in Germany there is a site that has approx. laminae 3,200 pairs. These sites only contain fragments of information on the course of this interglacial. On the other hand, lake sediments from Ossówka provide a continuous record. 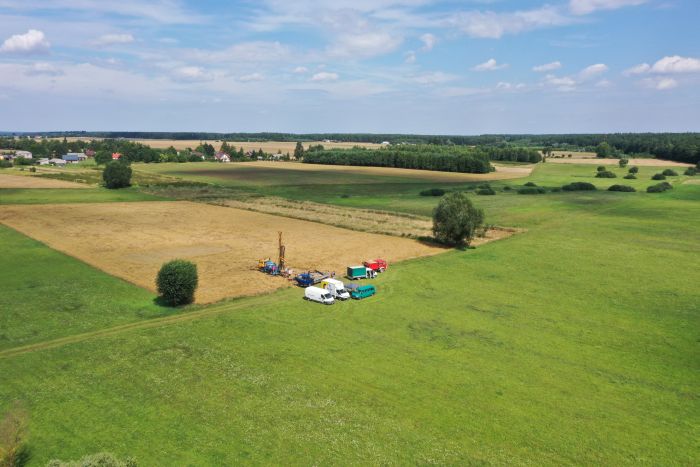 The research at the Ossówka site is carried out with a grant from the National Science Centre.