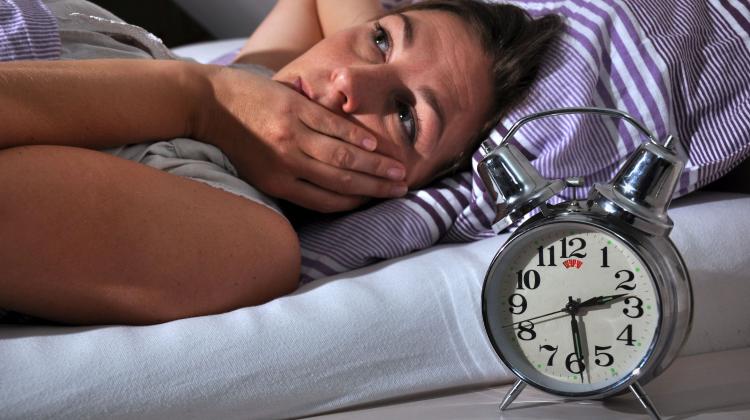 After seven days of unlimited sleep following a 10-day period of sleep deficiency, many parts of the body do not return to normal,

A new study by the Jagiellonian University in Kraków found that, among other things, the electrical activity of the brain is disrupted, as is the ability to perform cognitive control tasks.

Researchers have long known that lack of sleep deteriorates our ability to function normally, including memory and concentration disorders, the risk of accidents increases, as does the risk of heart disease and other health problems.

But until now it has not been clear how much time is needed for the organism to return to normal after a longer period of sleep deficiency.

Dr. Jeremi K. Ochab, one of the main authors of the publication in Plos One (https://journals.plos.org/plosone/article?id=10.1371/journal.pone.0255771), said: “Twenty three people took part in the experiment, of whom the data from 13 met all qualitative criteria.

“First, the participants observed had a good sleep for 4 days, and later they shortened their sleep by about 30 percent for 10 days. Sleep and activity cycles were measured using wrist activity monitors, among other things. After this time, volunteers could sleep according to their needs and we continued to monitor condition for another week.”

In particular, the team measured the activity of volunteers' brains with EEG, while checking their mental capabilities with a task that required high focus.

Dr. Ochab said: “We wanted to check how long the traces of sleep deficiency persist and what effects they could cause. We decided to study a chronic sleep deficit, because in Western societies people actually often do not get enough sleep for long periods, not only have individual sleepless nights. Our requirements were a bit extreme, they may relate to, for example, soldiers that must remain vigilance for a long time.”

The volunteers' tasks included the Stroop tasks, in which a colour name written in the same or different colour font is displayed. The subject's task is to say whether the colour name and the font colour match or not. Time for a response is about half a second.

It turned out that after a week many parameters remained disrupted, including the electrical activity of the brain, as well as the frequency and length of rest and increased activity periods, and the ability to perform intellectual tasks.

Only the response time returned to baseline.

Ochab said: “The primary goal of the study was to investigate the recovery process following an extended period of sleep restriction. We have observed differences in behavioral, motor, and neurophysiological responses to both sleep loss and recovery.”

Future research may show the impact of a longer recovery period and allow  scientists to check the order in which individual parameters of the body return to baseline, the scientists say. (PAP)