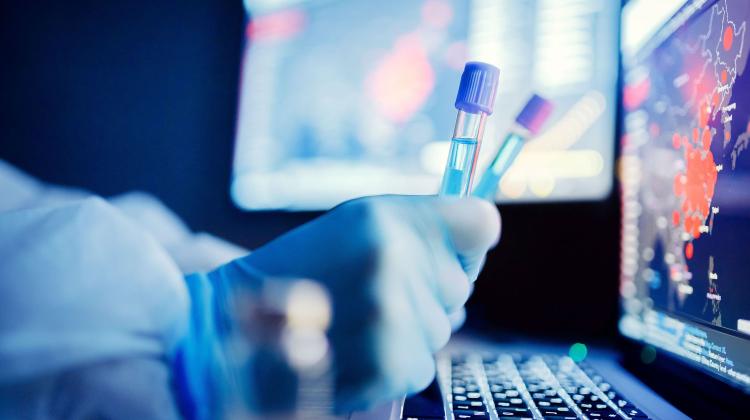 The chances of developing a universal drug against COVID-19 are zero, says a leading virus expert.

Professor Krzysztof Tomasiewicz, head of the Department of Infectious Diseases of the Medical University of Lublin, said part of the problem is the complicated nature of the disease with each of its four stages being different and requiring a different response.

Tomasiewicz, who is also a member of the COVID-19 Medical Council, and vice-president of the Polish Society of Epidemiology and Physicians of Infectious Diseases, continued: “People consult doctors and need intervention in different stages of the disease. Even if a miraculous antiviral drug is developed, if the patient seeks help in the last, 3rd or 4th stage, this drug will not help at all.”

He added that the textbook principle of antiviral drug action is that “it should be used right after the infection is detected, after the first symptoms occur, but before the rapid multiplication of the virus and the possible development of an uncontrolled inflammatory reaction called cytokine storm.”

In recent weeks, drugs that have passed the third phase of clinical trials and gained a positive recommendation from international medical institutions.

Tomasiewicz said: “In August, the British regulator approved Ronapve, which uses antibodies created in a lab to fight the coronavirus. This drug is used in the treatment and prevention of SARS-COV-2 infection in patients over 12 years of age, in whom there is a risk of progression to severe disease. 'This means that it has to be administered very early.”

Professor Tomasiewicz is currently leading a clinical trial using a specific immunoglobulin and antibody produced by the human body collected from convalescent plasma.

During an online lecture organized last week by the Polish Academy of Sciences and the Copernicus Science Center he said: “We have recruited 100 patients, the last of them is now at the end of the treatment. This is a double-blind, randomised study, as it should be with this type of research.

“Our statisticians will now unmask patient data and at the end of September we will be able to say more about the possible benefits of immunoglobulin. We have already been evaluated by an independent security committee and this evaluation is highly positive, there are no serious side effects.”

The drug he is working on is designed for patients in the 1st and 2nd stage of the disease, before the inflammation in the body.

He said: “We assumed that we would include patients who have indications for hospitalisation. We include both the people who do not require oxygen therapy as well as those that need a low flow or high flow oxygen support.”

Another important criterion he says is the time of administration of the specific immunoglobulin. The ninth day from the onset of disease symptoms is the last day the preparation can be administered. This is also related to the fact that another drug, Remdesivir, is used in the same therapy.

He said: “Remdesivir also has its time limits when it comes to its application. The entire patient's observation takes 28 days, the preparation is given for a period of 3 consecutive days, two intramuscular injections per day.

“Patients, regardless of whether they receive plasma, placebo, or immunoglobulin, are also treated with other methods - oxygen, steroids, Remdesivir, etc. The identification of one differentiating factor is not easy. It would have to be a wonderful drug, healing as if with the touch of a magic wand, to demonstrate the differences between two groups in an immediate and obvious way.” (PAP)