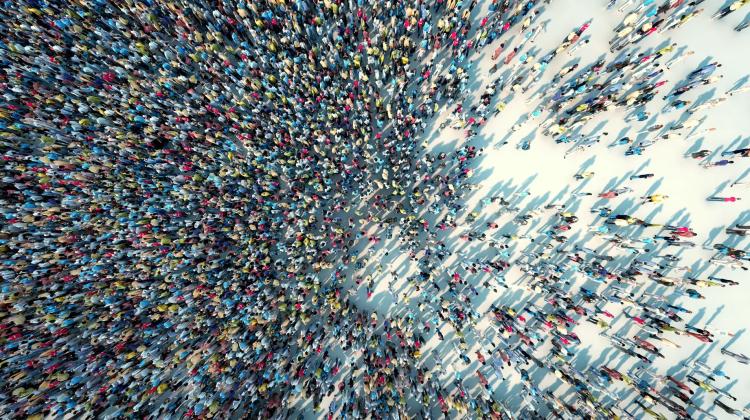 Gender, personality and level of well-being are factors that are significantly associated with the coexistence of behavioural addictions such as learning, computer games or using Facebook, according to research by psychologists from the University of Silesia and the University of Gdańsk.

According to researchers, men and women become addicted differently and we should understand these differences.

These are the conclusions of Dr. Edyta Charzyńska from the University of Silesia and Dr. Paweł Atroszko from the University of Gdańsk, who collaborated with Professor Steve Sussman from the University of Southern California. They surveyed 1,182 students from three Polish universities. They used a person-centred approach, assuming that different types of people may have different risk factors, course and consequences of addiction. The respondents were primarily asked about the occurrence of symptoms of six behavioural addictions in the last year: learning, shopping, computer games, Facebook, pornography and food addiction.

Then, on this basis, the researchers distinguished four types of people. The members of each group had specific, common traits, such as gender, personality traits and the level of quality of life.

Dr. Charzyńska said: “The first, most numerous profile (29% of the sample) included people with an increased level of addiction to learning, shopping, Facebook and food. This profile overwhelmingly consisted of women. Characteristic traits of the people making up this profile also included high levels of diligence and extraversion.”

The second profile (25% of the sample) included people with an increased level of addiction to computer games and pornography. It mainly consisted of men characterized by a low level of diligence and a high level of health-related quality of life.

The third profile included people with low or relatively low levels of symptoms of behavioural addictions, i.e. people who were not very susceptible to addiction.

Dr. Charzyńska continued: “And finally, the fourth profile, which included 23 percent of the entire sample. These were people with high levels of symptoms in all of the studied behavioural addictions. This profile was composed of slightly more men than women. As predicted, these individuals had high levels of narcissism, low levels of diligence and emotional stability, and low levels of well-being, including high levels of stress, anxiety and hopelessness, and low overall levels of quality of life, health-related quality of life, and quality of sleep. The distinguished profiles clearly differed in terms of gender, personality traits and well-being.”

Dr. Atroszko added that gender is very important in understanding behavioural addictions. He said: “Men and women become addicted differently and we should understand these differences. Especially that in the light of the results of our study, but also of previous research, the behaviours we demonise, such as computer games or pornography, typical for men, have relatively little epidemiological significance compared to problems such as learning addiction, which mostly affects women.”

He adds that the problem can be understood intuitively and it is relatively easy to become aware of the mechanisms behind it. He continued: “Some people are generally highly susceptible to addiction. At the same time, the education system is structured in such a way that it is conducive to addiction to learning and practically the entire population of young people must function within this system (only some of them later go to universities). In this situation, we can expect many of these people to become addicted to learning. Learning and eating are activities that cannot be completely abandoned. They are also the most common addictions.”

He added: “Addiction prevention and therapy must take this into account. In other words, we need to recognize that there is a general predisposition to addiction, a predisposition typical of women and men, and that certain behaviours are socially acceptable, socially rewarded even, and impossible to completely +quit+.”

According to the psychologists, addiction is something that persists for a long time and recurs. It can concern psychoactive substances or behaviour. The common elements of various addictions are: repetition, reward (pleasure or reduced discomfort), internal compulsion and negative consequences in the form of stress, health problems or impaired functioning in other spheres.

Discussing the results, Dr. Atroszko said that there are people who have a clear tendency to become addicted to a wide range of behaviours, which means that many addictions may coexist.

Dr. Charzyńska added: “Currently, both prevention and therapeutic interventions focus on individual behaviours, so our attention and efforts may be focused on a suboptimal approach to counteracting addiction.

“Our study shows that considering several addictions at the same time can be more fruitful and lead to a better understanding of the nature of addictions compared to the isolated study of individual addictions.”

The researchers want to continue work on the topic, also by expanding it to include high school students and by following up on specific people for several years.

According to scientists, addictions begin to develop during the period of entering adulthood, and early prevention is the best way to counteract them.

They said: “From this perspective, we need to understand their risk factors and development mechanisms. It should also be added that taking into account the widespread prevalence of addictions in the general population, the approach focused mainly on therapy is highly ineffective, because we do not have enough specialists in Poland and most addicts never seek help.

“For these reasons, population-based prevention is necessary, and it is only possible if we understand the factors that influence such a widespread occurrence of addictions."