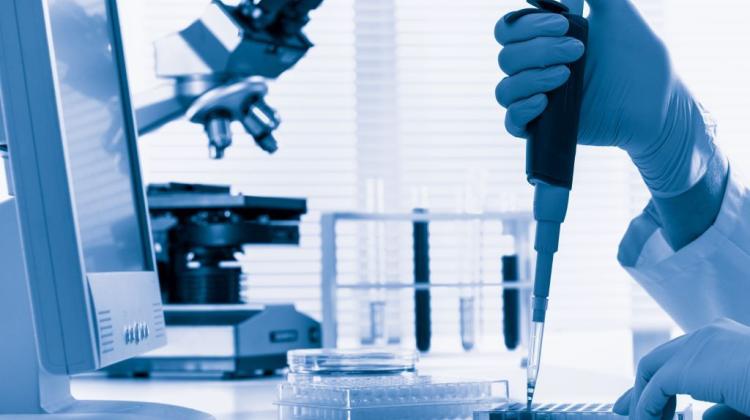 Dozens of patients have participated in a clinical trial of amantadine in the treatment of COVID-19. None of them have developed adverse effects to the treatment procedure, says Professor Konrad Rejdak, head of the Neurology Department of the Independent Public Hospital No. 4 in Lublin.

The clinical trial concerning the use of amantadine in the treatment of COVID-19 started in April. The project received PLN 6.5 million co-financing from the Medical Research Agency. Its leader is the Independent Public Hospital No. 4 in Lublin. Centres in Lublin, Warsaw, Rzeszów, Grudziądz, Wyszków and Kalwaria Zebrzydowska are also involved.

Professor Rejdak said: “So far, dozens of patients have taken part in the clinical trial. Ultimately, it should have 200 participants, but I think about 100 people will be sufficient to develop preliminary analyses.”

In the programme, each infected patient receives the drug, but in different stages of the disease.

Rejdak said: “First of all, the effects of the therapy on the nervous system complications is assessed, which is an innovation. The drug is administered blinded, which means that we do not know if a given patient received amantadine or a placebo, but so far no subject has developed any adverse reactions related to the treatment procedure.”

He added that so far only a few several dozen patients have taken part in the study, because it started in the final phase of winter wave of cases, when the number of infections dropped. He said: “However, we are aware of the threat of another wave. We should continue our attempts to find an effective drug. We must prepare to protect primarily the unvaccinated from severe complications of COVID-19.”

vaccines constitute a basic form of prophylaxis, but there are people who have contraindications to vaccination and they are at the highest risk of an infection. Rejdak continued: “The whole world is looking for a drug, because, as the current data from the US, Israel or the UK show, vaccinated people can get infected, too. Vaccines protect against severe COVID-19, but we do not know if they are effective against the delayed complications of the infection, such as neurological disorders. Remember that they have occurred even with mild infections. This shows that the search for the drug is certainly justified.”

The neurologist also pointed media confusion surrounding the use of amantadine in the treatment of COVID-19. On one hand, only clinical trials can determine the effectiveness of any drug in a new indication. But, he added: “On the other hand, there have been numerous opinions on the toxic action of the drug, which I consider a kind of bad PR, because amantine has been used in medicine for over 40 years. It simply must be prescribed by a doctor, like every prescription drug.”

Between 1996-2009 the drug was widely used in the prevention and treatment of type A influenza. Currently it is used as a neurological drug for people with Parkinson's disease or multiple sclerosis. Rejdak said: “A new clinical trial is carried out to check the effectiveness of amantadine. Whether it is actually effective, we will find out only after the analysis is completed.”

In his opinion, the study is promising, and previous observations of infected are optimistic. At the beginning of the pandemic, Professor Rejdak together with Professor Paweł Grieb described in the first clinical report the patients he consulted in his outpatient practice. Rejdak said: “They talked about a mild or even asymptomatic course of SARS-COV-2 infection while taking amantadine due to neurological diseases. Later, there were other numerous reports of this effect of the drug.”

According to available data, in Poland around 20,000 patients could take amantadine in connection with COVID-19infection. These are primarily people who used this medicine because of neurological symptoms, and they became infected.

Rejdak added that COVID-19 can cause a lot of neurological complications, starting from the loss of smell and taste to cognitive disorders, brain fog. He said: “A number of cases of brain inflammation, autoimmune reactions and other complications that can persist for months, even after a mild infection, have also been described. Sometimes there are also symptoms typical for Parkinson's disease, movement disorders such as dystonia , a hyperkinetic movement disorder. Unfortunately, so far we have no formally recommended drug to prevent this complications.”

Professor Rejdak and his team from the Medical University of Lublin work in an international consortium planning research on the effectiveness of amantadine and its derivatives in the treatment of SARS-COV-2 infection. The consortium members include universities in Copenhagen, Barcelona, Athens, Aarhus and Leuven. (PAP)