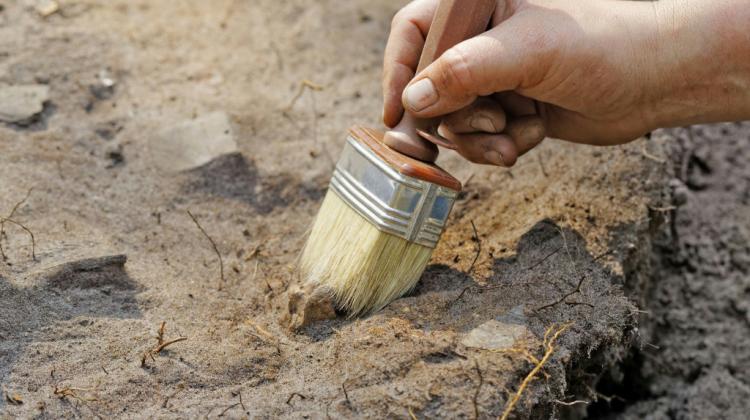 A cemetery containing the remains of 18th century plague victims has been discovered alongside settlements from the Roman and Neolithic times and another cemetery during work on a new apartment complex.

Builders stumbled upon the grisly find during construction work in Mikołajki (Warmia-Masuria) where archaeologists say they have now uncovered around 100 plague victims in 60 graves.

Agnieszka Jaremek from the Jerzy Okulicz-Kossarin Dajna Foundation which is carrying out the archaeological research said: “Many of the graves contain entire families, both adults and children.”

She added that “fragments of ceramic vessels and a glass, blue bead” were among artefacts found in the remains of the Neolithic and Roman settlements which she said were chosen due to their closeness to a lake and the flatnesses of the terrain.

The plague cemetery was discovered nearby where victims were buried between 1710-1711.

Jaremek said: “Written sources mention that there were no places in the church cemetery and therefore the dead were buried by the road to Mrągowo. Everything indicates that we have discovered this place.”

After the plague, others who died were buried in a second cemetery nearby.

Jaremek said: “They are different than the graves of plague victims, less ordered, multilayered.” In the later graves which are thought to have been used up until the 19th century, archaeologists found buttons.

The head of the Ełk Delegation of the Provincial Office for Protection of Monuments in Olsztyn Joanna Sobolewska said the excavated human remains will now be subjected to examinations and anthropological analysis.

After completing the tests, they will be reburied, probably in a common grave. (PAP)