Millennials to live in cohousing communities in their old age, says urban planner 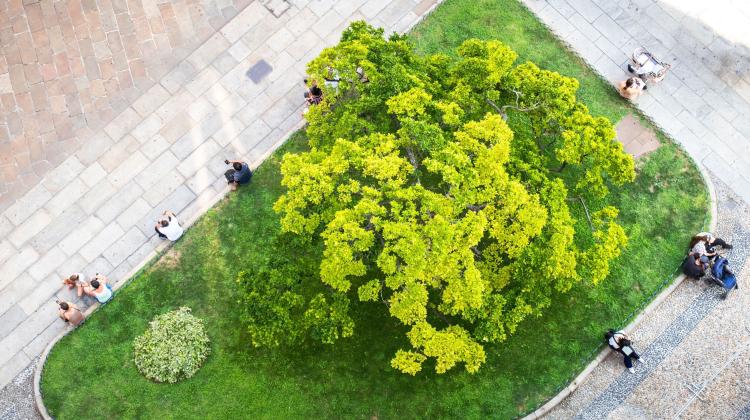 Millennials in their old age will choose to live in cohousing communities in which shared space plays a major role, says a leading architect and urban planner.

According to Dr. Agnieszka Labus from the Faculty of Architecture at the Silesian University of Technology, those born in the 1980s and 1990s does not know the world without modern technologies; they live with parents more often and until a later age, they are less willing to marry and have fewer children than previous generations; they also increasingly complain about loneliness.

Dr. Labus who is also the initiator and president of the Laboratory of 60+ Architecture Foundation (LAB 60+) said: “It is predicted that in their old age, millennials will be people with higher education than today's generation of older people, which will translate to the space and leisure activities they will expect.

“These will be people with higher aspirations that will know their needs well and want to pursue them, regardless of their age.”

According to Dr. Labus the sense of loneliness among millennials will also increase as they grow older and that this should be taken into account when designing solutions for the cities of the future.

Hence the possible development of cohousing communities, i.e. places that by definition are not only places of residence, but also give a sense of community and the opportunity to be active members.

Labus said: “Many people, for example in a similar age group, can find their residences in cohousing communitues, while being surrounded by other people and having influence on what is happening in the community.

“It is also a certain alternative way of living for those who live alone, want to remain independent as long as possible, but also want to have a sense of security that someone will help them if necessary.

“It is also an alternative to conventional care homes that provide care, but often do not address the sense of alienation and loneliness among the residents.”

She added: “I believe that cohousing will be one of the pillars of the cities of the future. It is a concept of creating a kind of community of residents of houses, openness to the local community, and the right and the possibility to decide how we want to live and, with whom and on what principles.

“On the one hand, fewer families currently live in multigenerational households, on the other - perhaps someone who chose to spend their life as a single might want to spend their old age living in a house with other, similar tenants.

“It is therefore necessary to redefine a classic multigenerational house and give it a new function and role, addressing new challenges and social needs. Such multigenerational houses are often not only places of residence, but also places for meetings, help and support, and their location and openness of functions on the ground floor of the building for a local community can affect life in the district.”

The first such housing communities already exist, mainly in the West such as in Germany. There are also such concepts as joint houses for the elderly and lonely young mothers, or care houses for elderly residents, whose neighbours are students.

Labus said: “I think that in Europe we are still at the stage of testing various solutions. Most of these models have one important common element in the form of common areas - common rooms, common kitchen annexes, spaces that can be called the +heart+ of the building.”

In addition to cohousing, the second pillar of the future cities can be indoor and outdoor common areas, which should be available to everyone, including people with carious disabilities, different needs, different lifestyles, etc.

According to Labus the greatest challenge for designers in the cities of the future can be counteracting the unification of space in cities and buildings.

She said: “In the future, these areas should integrate residents of all ages and offer a diverse program. Today, the approach to society activation is quite often based on stereotypes, for example local clubs, offer seniors a chess corner, a bridge corner, a crocheting and knitting corner.

“That's how we imagine the entertainment of older people. Even if today it can be partially true, it will be less true in the future because we know perfectly well that forms of spending free time evolve and require adjustment to variable social needs.”

She added that today's generation of the elderly (especially those over eighty) are mostly digitally excluded, while millennials will continue to use technologies every day when they reach old age.

She continued: “The vision of the cities of the future requires a well-made diagnosis of contemporary urban needs, including demographic, social and environmental ones. We must think about the needs of the aging society while taking into account people's changing lifestyles.”

Referring to EU documents and the WHO programme 'Age Friendly Cities', Labus said that there are eight areas that concern the renewal of ageing-friendly cities. These are transport, housing, public (common) spaces and buildings, communication and information, employment and participation in social life, counteracting social exclusion, also due to the age; there is also the matter of medical and social care and social participation.

She said: “More and more smaller and larger cities in the world already implement the age-friendly city policy. In Poland, Gdynia, Kraków, Poznań, Ostrów Wielkopolski, Opole, joined the WHO's a Global Age-friendly Cities programme. The problem is, however, that changes in cities do not take place in a year or two, this is a consistent vision that requires a multi-annual, systemic approach.” (PAP)