INTERVIEW: Despite various measures, the consumption of antibiotics and bacterial resistance continue to increase, says expert 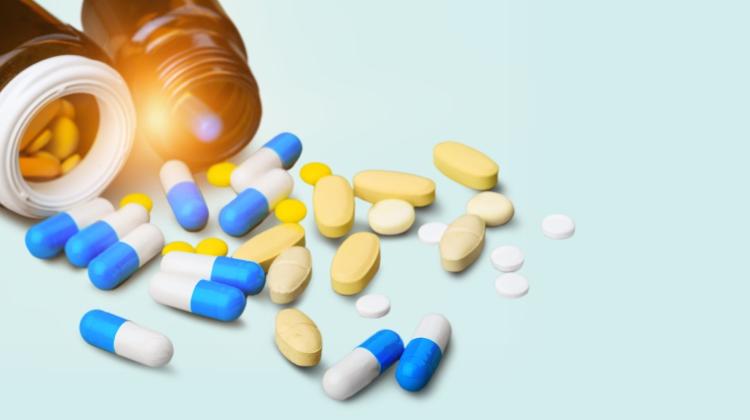 Despite activities promoting rational antibiotic therapy, the consumption of antibiotics and bacterial resistance are continuing to increase in Poland, with twice as many antibiotics used per capita than in Sweden or the Netherlands, says Professor Katarzyna Dzierżanowska-Fangrat, national consultant in the field of medical microbiology.

PAP: Is it true that humanity is facing a crisis related to bacterial resistance to antibiotics?

Professor Katarzyna Dzierżanowska-Fangrat, head of the Department of Microbiology and Clinical Immunology at the Children's Memorial Health Institute, national consultant in the field of medical microbiology: Yes, the WHO has listed drug resistance of microorganisms among the 10 most important health problems of humanity. According to data from the European Centre for Disease Prevention and Control (ECDC), approximately 700,000 infections and over 33,000 deaths are caused by resistant bacteria in Europe each year, and these data are probably underestimated. Worldwide, the annual number of deaths due to antibiotic resistance is estimated at over 700,000, and according to the WHO, by 2050 drug resistance will cause more deaths than cancer and diabetes combined In the world, and in Poland, we are more and more often dealing with bacteria resistant to all available antibiotics, which makes us completely helpless in the fight against infections.

PAP: The greatest risk is probably in hospitals. But is it only hospitals?

KD-F: Resistance concerns hospital and non-hospital microorganisms. It is easier to spot in hospitals because we have better tools for diagnosing infections, including the assessment of drug susceptibility of pathogens. As hospitalised patients are often seriously ill, the risk of infection is greater, and if they are infected with a very resistant strain, the risk of an unfavourable course of infection is also high. In hospitals, due to the specific conditions involved, it is easier for resistant bacteria to spread between patients, which can lead to infections and outbreaks. In addition, most resistance monitoring systems, including the European EARS-NET network, rely primarily on inpatient data, hence the perception that resistance is primarily a hospital problem. But remember that the greatest amounts of antibiotics are used in outpatients, often completely unnecessarily, and in the non-hospital environment there is also an enormous selection pressure favouring the development of resistance. The microbes that, according to the WHO, currently represent the greatest risk of high resistance are both common nosocomial pathogens and bacteria that are mainly responsible for infections outside the hospital.

PAP: Which bacteria are dangerous and what are the risks of infection?

KD-F: The biggest problem are the multi-drug-resistant bacteria that are resistant to several different groups of drugs, more and more often including so-called last-line antibiotics, which makes effective treatment very difficult and sometimes even prevents it. The WHO has compiled a list of pathogens that present the most serious threat and should be a priority in research into new antibiotics. The most important (highest priority) are carbapenem-resistant non-fermenting rods of Acinetobacter and Pseudomonas and intestinal rods (Enterobacterales) resistant to carbapenems and 3rd generation cephalosporins. These microorganisms cause primarily (but not exclusively) infections in hospitalised and nursing-care patients. They can cause pneumonia, sepsis, intra-abdominal and urinary tract infections. Among them are those that do not show sensitivity to any available antibiotics and infection with them is fatal.

The high priority group includes both bacteria responsible primarily for infections in patients in hospitals, such as methicillin and vancomycin-resistant staphylococci, or vancomycin-resistant enterococci, as well as microorganisms that often cause infections in patients outside the hospital, such as fluoroquinolone-resistant Salmonella and Campylobacter, gonococci resistant to 3rd generation cephalosporins and fluoroquinolones, clarithromycin-insensitive Helicobacter pylori causing peptic ulcer disease and sometimes gastric cancer, and finally, penicillin-insensitive pneumococci.

PAP: What can be done in the case of such an infection?

KD-F: Like I said, infections with these pathogens are much more difficult to treat, it often takes longer (because the initial treatment is often unsuccessful), sometimes we have to resort to more toxic drugs or combine several antibiotics, and sometimes it is still impossible to save the patient despite heroic attempts.

PAP: What is the cause of the problem; do doctors prescribe antibiotics too often?

KD-F: Overuse of antibiotics is the main cause of the rise in resistance. This applies to medicine, but also to a great extent to agriculture and veterinary medicine. In many countries, including the EU, strict regulations in this regard have been introduced. When it comes to medicine, research conducted in the United States shows that about half of all antibiotics are used incorrectly: either completely unnecessarily, or the choice of antibiotic, its dose or duration of therapy are incorrect. Of course, there are very large regional differences. In Europe, the countries where antibiotics are most rationally used, and thus the lowest microbial resistance is observed, are the Scandinavian countries and the Netherlands, while the countries of Southern Europe, including Greece and Romania, as well as Poland, are at the opposite extreme. According to the data of the European Centre for Disease Prevention and Control (ECDC), about 2 times more antibiotics per capita are used in Poland than in Sweden or the Netherlands, and despite various activities promoting rational antibiotic therapy, the consumption of antibiotics and bacterial resistance continue to increase.

The relatively high availability of antibiotics also contributes to the increase in resistance. In some countries they can be bought over the counter, which results in their overuse - they are used without consulting a doctor, completely unnecessarily. Self-medication with doses remaining from previous treatments also happens in countries with a more restrictive approach to antibiotics. Patients' compliance with medical recommendations is a very important aspect. The common mistakes that result resistance build-up, in addition to the very use of antibiotics, include skipping doses or changing the duration of therapy.

Another important issue with a strong influence on resistance is infection control, or preventing the spread of drug-resistant pathogens, especially in a hospital setting. Ii is also a huge problem in Poland, because we have one of the lowest percentage of single-person rooms in hospitals in Europe, which makes it difficult to isolate patients colonized or infected with resistant pathogens, and thus promotes their transmission to other patients. (PAP)