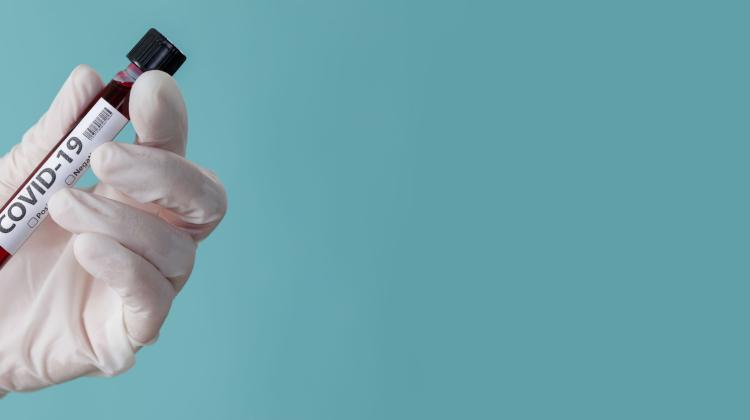 But he added that new variants are targeting people who have already been double jabbed.

Professor Miłosz Parczewski, chief COVID-19 physician in the provincial hospital in Szczecin, said: “I consider the situation in Poland steadily good, but I fear that it will dull our vigilance. Everywhere around, all over Europe, we see another wave.

In Spain and Portugal, changes in epidemiological status have been observed for some time. These are red zone countries according to the European Centre for Disease Prevention and Control (ECDC).

Parczewski said: “The UK fell out of this system as a result of Brexit, but it would also be red. We see the increases in Israel, which does not translate directly to our situation, but it tells us that even a well-vaccinated society can have problems in the context of a new wave of the virus.

He added that infection rate increases are also reported by France and Russia 'and this can also happen to us'.

Asked if it was possible for the fourth wave of the pandemic to appear in Poland earlier than expected, he said: “It is mid-July, epidemiology is stable at approx. one hundred cases and neither falls nor rises.

“A wave always accelerates. The fastest it can happen is the beginning of August, but the second half is more likely. Of course it is difficult to predict. Even if there are a thousand cases per day, for me it is not yet a wave. We would have to talk about a few thousand, ten thousand cases.”

He added that all models indicate that the Delta variant primarily infects the vaccinated, “which means that it +targets+ these people, although of course the virus does not +search+, it simply encounters susceptible people.”

He continued that over 150 people with confirmed Delta variant (data presented at the beginning of the week by the Ministry of Health spokesperson) are just the tip of the iceberg, and there are certainly a lot more cases of the new variant.

He added: “Taking masks off indoors, where there is a particularly mixed group of people - both vaccinated and unvaccinated - is not entirely safe for us. It is true that at the moment there is little virus circulating in the population, but when it will be more, the susceptibility will be even higher.

“Last year, the pandemic situation in the holiday season was similar and this dulled our thinking, our perception.

“We should expect epidemiology will increase in autumn with high probability. We should be prepared for it.”