Scientists use oil, water and detergent to create micro robots 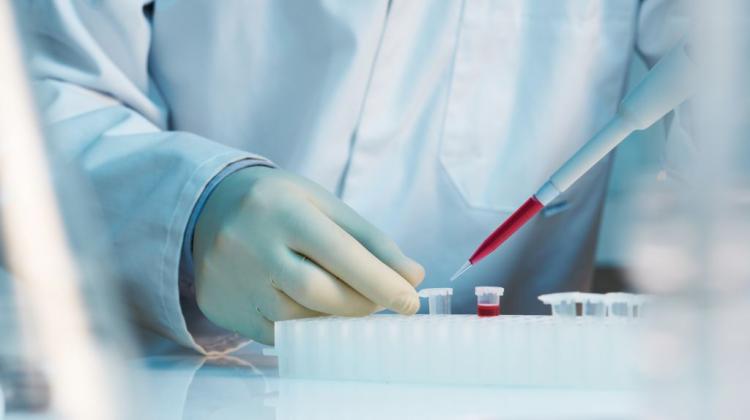 An international team of scientists have created swimming microrobots that harvest energy from temperature differences and can be used, among other things, in bacterial research.

By combining oil drops with water containing a detergent-like substance, the authors of the experiment produced small artificial swimmers that harvest energy to recharge.

When cooled, these unusual robots release thin tail-like threads. The friction generated between the tails and surrounding fluid pushes the droplet, causing it to move. When heated, the droplets retract their tails and accumulate thermal energy, which allows them to function when cooled.

And, researchers say, the robots can recharge many times and swim for 12 minutes in one cycle.

Stoyan Smoukov from Queen Mary University of London said: “In biology, research shows that to create even the simplest artificial cells we need over 470 genes. However, through this international collaboration, we show that just by using a few simple and inexpensive components we can create a new type of active matter that can change shape and move just like a living thing.”

Published their research in Nature Physics, the unusual robots can also tell scientists a lot about different types of living cells.

Co-creator Dr. Maciej Lisicki from the Faculty of Physics at the University of Warsaw, said: “First of all, we propose a system that is very simple to produce and control, and has many features of natural microorganisms, i.e. droplets capable of moving without external forces. Microswimmers (such as bacteria, sperm, ciliates, etc.) are very complicated because their movement is the result of intra-cellular biochemical processes that are difficult to control. Therefore, a thorough understanding of the physical mechanisms governing their movement is a challenge; it is not easy to +filter out+ this biological complexity.”

He added: “On the other hand, scientists around the world are working on various artificial swimmers using different strategies to mimic living organisms. The idea is to propose a microswimmer that will take energy from its local environmnt and convert it into the kinetic energy of its movement. In the case of our droplets, it is the thermal energy of the environment.”

In addition, the microrobots can be produced with the cheapest laboratory equipment, even at home. Therefore, their research requires minimal investment. Fat-water formations are non-toxic to living organisms.

Dr. Lisicki continued: “Our droplets are biocompatible, so they could potentially be used to study the dynamics of many swimmers moving in a mixture of living organisms and +artificial+ swimming droplets. It would be an important tool for understanding how swimmers behave in a crowded environment and how they affect each other in such a situation.”