Underwater methane hydrates are a threat to the climate, says leading geologist 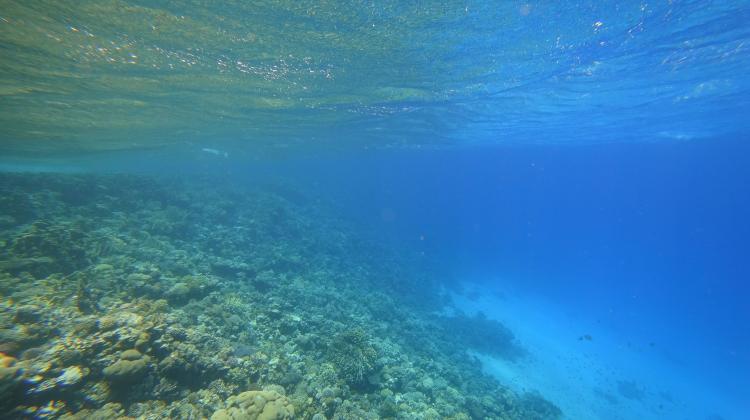 Although methane hydrates on the bottom of the oceans are a possible alternative to conventional hydrocarbon sources, they are also a potential threat to the climate, says scientists.

According to Dr. Maciej Bojanowski from the Polish Academy of Sciences, the methane in the compounds contributes to the greenhouse effect more significantly than carbon dioxide.

Because of the Earth’s increasing temperatures, it is probably already escaping from the ocean floor in various parts of the world in greater amounts than before, and with still insufficient knowledge about the exploitation of hydrates, methane may start to decay in an uncontrolled manner and enhance the greenhouse effect.

Dr. Bojanowski said: “Imagine that when a seabed rich in organic matter is covered by layers of sludge, over time these microorganisms begin to decompose organic matter. The products of their activity include methane. The appropriate pressure and temperature conditions prevailing they capture this gas in the hydrates forming in the sediments.

'These are not even single lumps, but huge masses, large deposits that can be hundreds of meters thick and extend for dozens of kilometres. Research on methane hydrates has been conducted recently and is not advanced yet, but it indicates that there are more of them than all conventional hydrocarbon deposits in the world combined.”

He continued: “The Japanese managed to successfully extract it. They actually extracted methane itself, because they conducted decomposition of hydrates on the spot, at the bottom of the ocean. But it turned out that considering the complexity of the technology needed for this, extraction was not profitable, especially at current hydrocarbon prices.”

Although methane hydrates are discussed as a potential future alternative to conventional methane deposits, according to Bojanowski, the extraction of methane hydrates is currently not profitable and associated with potential serious environmental threats.

He said: “The pressure and temperature balance that hydrates maintain in their state is quite delicate. We do not have sufficient knowledge about their extraction, and if something goes wrong during mining, methane can start decomposing in an uncontrolled manner, which will cause a huge emission to the atmosphere. This gas is compressed in hydrates.

“After decomposition, one cubic meter of hydrate releases over 180 cubic meters of methane. On the one hand, it is a tasty bite for the industry as a potential energy source, but on the other, with uncontrolled decomposition, it could significantly contribute to the greenhouse effect.

“It is believed that the greatest extinction in the history of the world, the Permian-Triassic extinction event, was partly caused by the dissociation of methane hydrate deposits on a global scale. Several processes took place, including the earlier warming of the climate associated with carbon dioxide emissions, which resulted in increased global temperatures to the point that the temperature at seabed also increased, rendering the methane hydrates unstable.

“Taking into account the current estimates of the amount of methane hydrates in the seabed, models show that there are is so much of them today that if the temperature on Earth rapidly and significantly increased, the release of methane could cause a greenhouse effect that would be as huge as the Permian-Triassic one.”

Disturbing methane hydrates could also lead to the destabilization of underwater slopes and cause powerful sub-marine landslides, which may damage pipelines or the formation of tsunami waves.

In order to tackle future problems, Bojanowski’s research involving an International team financed by the National Science Centre focuses on the role of methane hydrates in the geological past which he says can provide new knowledge.

He said: “Methane hydrates are not preserved in the mineral record. We are looking for evidence of their former occurrence. Our key to the past is isotopic geochemistry. It turns out that methane in hydrates has a very specific carbon isotope composition and it can tell us that it occurred somewhere in the rocks or sediments in the geological history. On the other hand, methane hydrates are water molecules, so they contain oxygen and its isotope composition in hydrates is also specific. If a rock is simultaneously enriched with light carbon isotope and heavy oxygen isotope, we can suspect that methane hydrates took part in its formation.”

Researchers will use rocks extracted from the environments containing contemporary methane hydrates. They will then study rocks dating back 30 million years old from Poland and Italy.

Bojanowski said: “We suspect that they also formed in the same way. Through an analogy, we will try to understand which features of old rocks indicate that hydrates accompanied them, and if we manage to do that, it may turn out that we will better identify similar rocks in the mineral record and dispel doubts whether the disassociation of methane hydrates in the geological past actually had such a significant impact on hyper-warm periods. I am convinced that the role of hydrates in the geological past is still underestimated.”